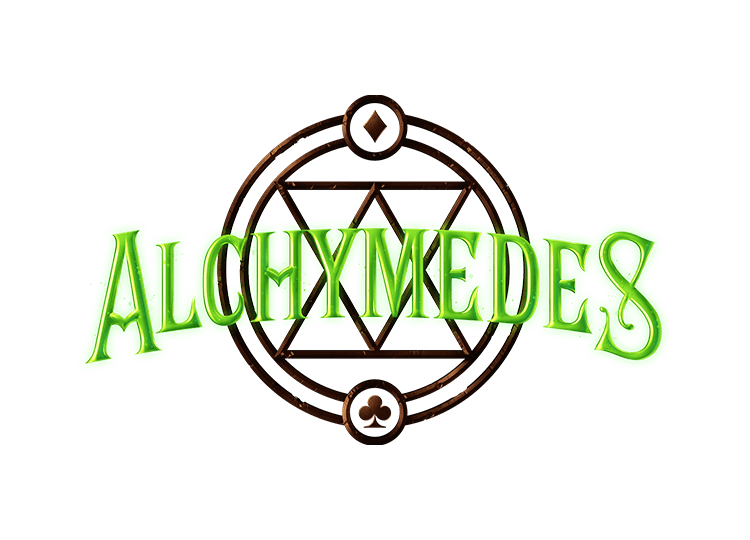 Alchymedes videoslot by Yggdrasil Gaming is now available to play at the home of the best online slots, Slots Racer. Alchymedes is a 5 reel, 4 row slot game with 30-pay lines that can be played within a range of 60 coins and has multiple bonus rounds that can increase the winnings.

Alchymedes slots game allows the players to try their luck as they mix different chemicals and elements. Players can win up to 30,000 coins if they can find the right mixture.

The free slot game boasts of great features and qualities.

Yggdrasil Gaming is one of the popular online casino game providers based in Malta. The company founded in 2013 and has since emerged as one of the most respected suppliers, providing some of the best online slot games.

They provide their games for some of the world’s largest operators and their output is not just limited to slots as it also has a finger in various other online pies. They include lotteries, keno, scratch cards (classic and video), progressive and slots you can pay by phone bill.

It is known to have implemented policies to ensure their players are all treated fairly and that their rights are safeguarded. 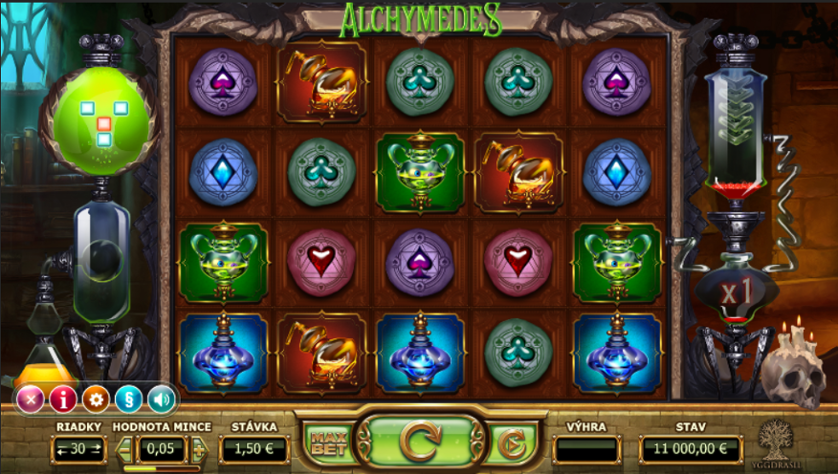 Alchymedes is one of the best online slots that can be played at Slots Racer. Before the game starts, you will be asked to choose between green and red chemicals. The red chemical will give you a multiplier while the green will give you a wild pattern.

The colors include blue, purple, green, and gold. The glass breakers represent the standard paying symbols in the slot and they normally award different payouts depending on the icon and the number of times the symbol appears on a pay line.

The second set of characters in the game include generic card suits spades, clubs, hearts, and diamonds. These represent the low paying symbols and they award different payouts depending on the symbol that appears and the number of times it appears on a win line.

Before players redeem the prizes hidden within the slot, they are expected to first set their stake using the – and + buttons that are located at the bottom of the display screen. The players can set their bets by adjusting the coin value that ranges between 0.01 and 2. 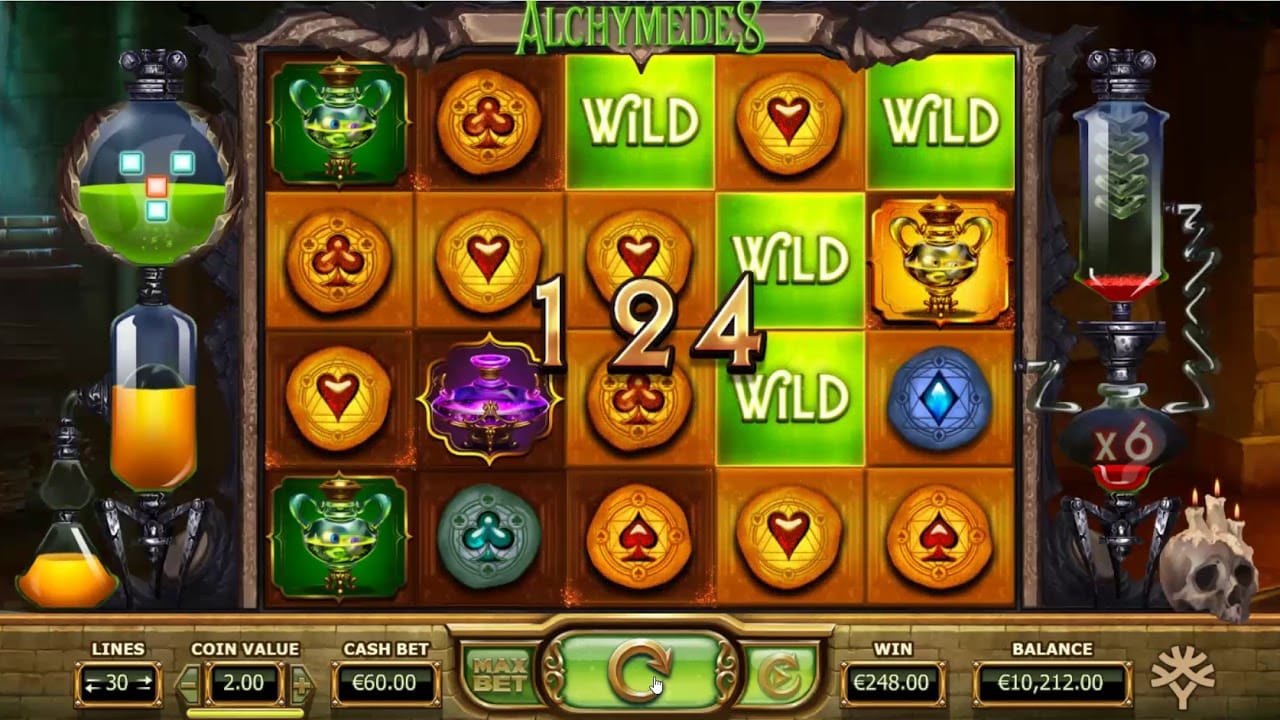 Slots Racer, the home of the best online slots now hosts Alchymedes, a science themed slot. The game has amazing bonus features on offer like;

The Verdict on Alchymedes

Alchymedes is one of the best online slots you can play on Slots Racer. If you are looking for a thrilling slot game, Alchymedes is definitely for you. It has interesting features that keep different players coming back for more rounds.

The game also has a captivating design and beautiful complementary music. The stand out feature is that unlike most of the other top online slots, a player can double the pay lines to 60 up from the standard 30. Slots Racer can offer you more amazing slots, like the Agent Jane Blonde slot.