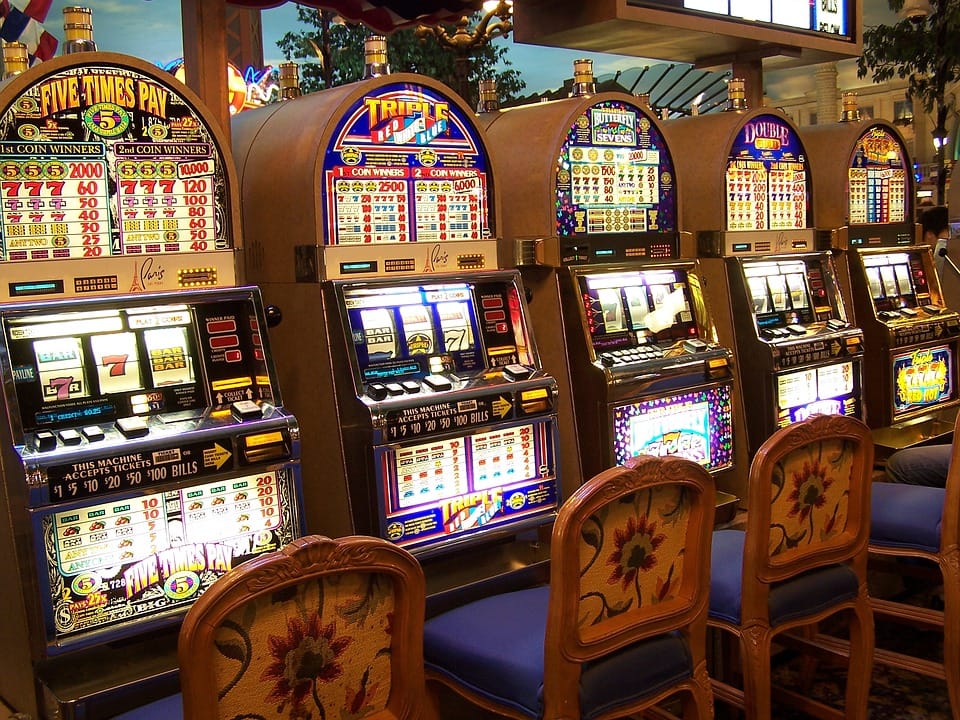 There have been a number of significant gaming hits that are worth noting in the year 2020. Let’s take a look at some of the most popular and well-loved slots games that we have seen this year; however, before you give the best video slots a go, make sure to check the gambling regulations apparent nowadays.

Continue below for more, or try the best slots online now:

Though NetEnt released the game of Starburst back in 2013, Starburst is currently the number one ranking slots game on the SlotRank list which is most impressive. It has remained popular with players over the six years since it has been released and has considerable ways in which money can be won on these fruit machine reels. This slots game has an RTP of 96.09% and is classed as a low variance slots game with 5 reels and 10 paylines for gamers to take advantage of as often as possible. This is where they have the biggest potential to win themselves the £500,000 jackpot prize. Starburst is very simple in its gaming technique but remains attractive to players due to its bright colours, big prizes and win frequency. There are no many bonus features to write about really, with the Wilds being the only star of the show. But with so much glitz and glamour surrounding you, you definitely won’t notice a lack of bonus features as you play this slots game. This game is available through deposit by phone slots gambling on Slots Racer.

Bonanza was created by the Big Time Gaming developers at the very end of 2016, so it is not a new addition to the slots gaming world either. But it is certainly a popular game and one that should not be missed off this list because it has remained in the top charts for years. Currently, it is at number two in the SlotRanks charts due to its popularity and the thousands, yes thousands, of ways in which you are able to win whilst playing this slots game. The excitement levels are high when playing Bonanza which you would expect with such a high variance slots game but with an RTP of 96% there is also a high chance that you will win. This is a six reel, 117,649 payline slots game which offers you the ability to be in with a chance of winning £120,000 by simply spinning the reel - these are some amazing slots bonuses you can find today if you click here. With bets starting from as little as 20p, being able to win 10,000 times your initial stake is not out of the ordinary when playing Bonanza. The most enticing bonus feature during this slots game is that of the free spins, although there are also Bonanza free spins, scatters, cascading reels, and multipliers for you to get your hands on too. All you need to do is hop on to the cart and begin your journey deep inside the mine to see exactly what you are able to uncover from within the ground. You never know what you might be able to dig up!

Play’n Go are the developers responsible for the Book of Dead slots game which really has caused quite a stir. This has not only been due to its graphics but also for the enormous jackpot winning potential available to any player. This is a high variance slots game with an RTP of 94.25%, and although it was released back in 2016, it has remained just as highly thought of and can be found on the majority of top online casino sites. If you like playing on adventure style games then this is a great slots game for you to try as you will be able to join Rich Wilde, the main character, in trying to uncover the hidden artefacts lurking in the Ancient Egyptian tombs. This is a five reel, 10 payline slots game with fun graphics to keep you occupied for long periods of time. Be sure to take advantage of as many free spins as you can and learn how to use the gamble feature so that you can maximise the amount of money you can win at every possibility. How good would it feel to be able to quadruple your winnings just for being ahead of the game?

The Eye of Horus Megaways may have only been released just weeks ago, but that fact has not stopped it from reaching number four in the SlotRank charts. With obvious and intentional similarities to the original Eye of Horus slots game, this version has 15,625 ways in which you can win on its paylines and 6 reels. This is a mid to high level variance slots game with an RTP of 95.02% and the potential for £100,000 to be won. You may have guessed from the name that there is a well-rehearsed Egyptian theme going on so there are lots of associated symbols for you to look out for like the Scarab beetle, Ankh and the infamous eye itself. But the bonus features are where it’s all hiding in this slots game. Take a look at the number of free spins available to you whilst you are playing, as well as the scatters, Wilds, and extra spins. This slots game really will leave you feeling like a Queen!

It may be officially a whole decade old, but that does not stop Rainbow Riches from being one of the best online slots available. Barcrest created an amazing slots game here with this mid variance, five reel, 20 payline slots game with the capacity to payout £200,000 jackpot prize money. This slots game has an RTP of 95% and is loved not only because it is is so bright, colourful and enticing but also due to its three bonus games. With bonus features including scatters, wilds and multipliers, and bets being able to be placed from as little as 1p, there is little wonder why this slots game has remained a firm favourite. Let’s just hope that you have the luck of the Irish on your side when you play it! Watch out for the lucky leprechauns, gleaming gold and ringing rainbows as you play this slots game, you never know what you might find whilst playing! This game has some of the best bonus rounds in slot gaming history!

You can play all of these unbelievable slot game options on the Slots Racer UK Casino!