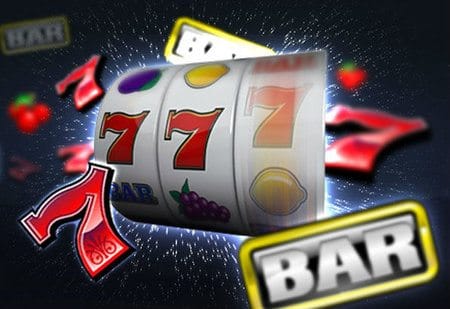 With diamonds filling the reels in every direction, this fun-filled fruit machine is a real gem. The fruit is the main attraction of Diamond Strike fruit machines game but the wild in this slot is, of course, the diamond symbol which also stacks. With free spins and scatters available for you to take advantage of whilst playing this fruit machine, there is also a fun bonus game too, which is triggered when you align three golden 7s during your playtime. Doing so enables you to multiply your initial wager by 1,000. But free spins remain the main attraction here, enabling players to, in effect, play for free, with the reels spinning without the player having to spend a single penny for them to be in with a chance of winning significant cash prizes in return.

Pragmatic Play released this fruit machine slots game in September 2017 and it is a medium variance slot with an RTP of 96.48%. There is a maximum jackpot available of 75,000 coins and you can place bets of 75p to spin the reels on this 5 reel, 15 payline video slots game. This is a great introduction to the fruit machine world with the combination of lots of familiar symbols like the traditional fruits, lucky 7s and glitzy diamonds.

IronDog released Cherry Blast online fruit machines slot in February 2017 as a 5 reel, 20 payline video slot. As you would expect from the title of this slots game, there are plenty of cherries to be found here and it really is a blast to play these fruit machine games due to the cherry-filled excitement. With plenty of free spins to blast you through this fruit machine, your time here will be exemplified due to the generosity of the developer with the bonus features on offer.

This is a medium variance online fruit machines game that has an RTP of 96%. With an available maximum jackpot win of 40,000 coins for any lucky winner to be able to win, you can place bets from 20p up to a maximum bet of £40 per spin of the reels. Though the free spins are the most loved bonus feature of this slots fruit machine, there is also a bonus game, scatters and wilds for you to take advantage of so that you can aim to increase your winnings as much as possible as you play on this modern classic variation of a fruit machine. We promise that you will have an absolute blast playing in this fruit machine world.

Barcrest released 7’s to Burn in September 2015 and it is a medium variance slot with an RTP of 95.1%. With a maximum available jackpot for players to win of 125,000 coins, bets can be placed from as little as 10p up to a maximum value of £500 on this 3 reel, 5 payline fruit machine. Though it does only have one significant bonus feature, this does not seem to detract from its main game and the players still return for more from this fruit machine world continuously as time goes on. With just a wild as its only bonus feature, this feature helps to increase the alignments that can be made and, in turn, increases the winning potential for pay by phone casino players as they spin the reels.