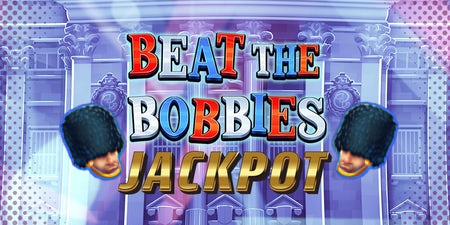 Famous for one of the best online slots franchises in history (Fluffy Favourites, Fluffy in Space, Fluffy Fairground etc.), Australian slot development titans Eyecon are back with another one of their cute, cartoony games in the form of Beat the Bobbies Jackpot video slots online.

This slot tells the story of a heist, where you partner with a character called Stacey to steal the crown jewels away from the Royal Family. While the jackpot of this slot may not quite pay out to the same extent as a bank, there are tonnes of ways to win and good money to be made.

With 243 ways to win across five reels and a whole bunch of cool characters, bonuses and free spins, Beat the Bobbies certainly goes down as one of the best slots on the market, so place anywhere between 50p and £50 to get playing at Slots Racer today.

Eyecon Gaming - the Developers of Beat the Bobbies Jackpot

It’s not just the aforementioned slots offers Fluffy franchise that Eyecon are famous for. They’ve development some of the best slots in history, with hits including Shaman’s Dream, Stampede and Sugar Train, and we’re confident that they’ll have plenty more to come in the future. You can check out a large variety of Eyecon’s top slots at Slots Racer.

Formed in 1997, Eyecon initially developed video games, but then found their true colours in the form of online slot developing and haven’t looked back since. The Brisbane, Australia-based company are widely recognised for their eye-catching, often cute and cartoon-like graphics that make the whole slot experience that little bit more fun, if you’re into that kind of style.

And they’re good at it, too. In 2017, they were bought out by tycoons Playtech for a massive £50 million, and since then have gone on to exponentially churn out some of the best online slots of the past three years. 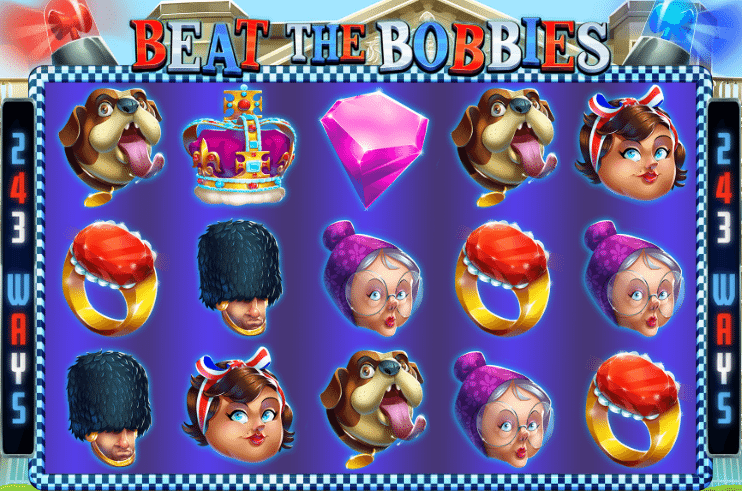 In terms of the aesthetics of the gameplay, Beat the Bobbies slots game actually out-does a lot of Eyecon’s other games. While the graphics have always been relatively strong, one criticism of Eyecon’s games is that they can sometimes be a little too cartoon-like, which can be distracting to some punters. Beat the Bobbies does a solid effort to correct this, however, while keeping in tune generally with the Eyecon cartoon theme.

The wild in Beat the Bobbies Jackpot is the policeman themselves, yet instead of trying to arrest you they’re helping you out by playing the conventional role of the wild and changing into any symbol on the reels to help you win. It’s worth baring in mind though, that the wilds in Beat the Bobbies will only show up on reels two, three and four.

The aforementioned partner-in-crime Stacey presents herself as the scatter symbol in Beat the Bobbies, and in doing so will land you a ticket into the bonus game. This scatter can land on any reel, but you’ll need to land at least three in a row to get the bonus game. 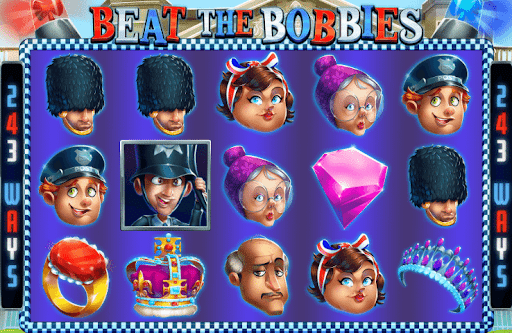 The bonus game that comes as a result of landing three scatter symbols in a row in Beat the Bobbies pay by phone slots actually comes down to a choice that you, the player, has to make. You’ll be presented with a number of options containing different quantities of free spins and multipliers, and then having made this selection will be able to re-trigger this bonus game as many as 15 times.

The ability to choose the bonus feature here is another feature that shows that Beat the Bobbies is one of the best online slots to play right now. 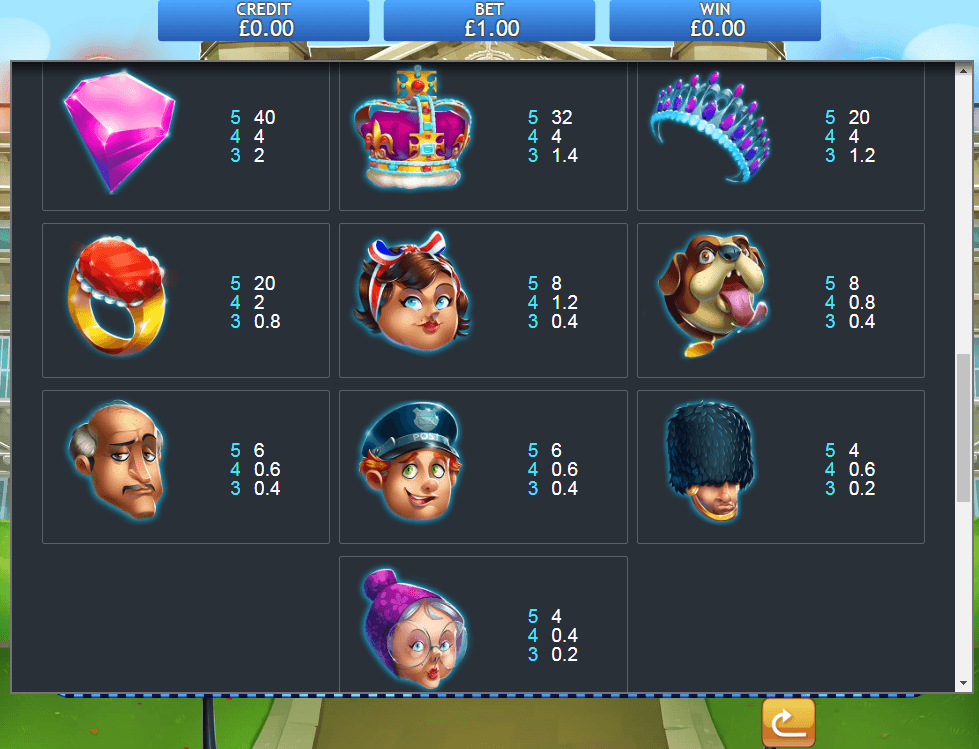 With strong winning potential and exciting graphics and sound, we would rank Beat the Bobbies slot as one of the best slots available right now. While we do often prefer an extra bonus feature or two, the ability to earn good multiplier and free spins (and therefore potentially good money) is strong in this slot, and does more than enough to make up for it.

Plus, you can play it from the comfort of your own home on a desktop computer, or take it on the go as Beat the Bobbies is available for mobile devices too, all at Slots Racer, you can also give the reels of the sequel to this slot a try, the Beat the Bobbies at the Tower of London slot.