Do you like to play cops and thief games where you chase the bad guys or give the good guys a run? Cops n Robbers is not a new game; you may have played the game from Novomatic before, but this time it's launched under Inspired Gaming name.

Cops n Robbers Megaways is a 6 reel UK slots game with 117,649 winning ways and cascading reels that make the game more exciting. The betting range starts at £0.20, and the highest you can bet is £20 per spin.

Don't get me started on bonus features which are plenty, and you can check out these slot games in detail later in the review. If you are interested in playing the slot game with real money, Slots Racer, let's spin the reels with only £10 in their casino account (Full Ts and Cs Apply).

Chasing bad guys or giving good guys a chase is part of the thrilling experience players love in their slot games. Before discussing the gameplay of the slot games, I want to discuss the basic statistics of the Cops n Robbers Megaways slot for better understanding.

RTP is an essential feature of any slot game as it calculates the return to player payout of every game. Cops n Robbers Megaways slot is between 95.09% to 95.90%; it is slightly lower than the average slot standard, especially not in Megaways slot games. As expected from most megaways slot games, it's a highly volatile slot which means you'll have to be patient for the winnings.

An impressive red and blue light symbol on the slot games is great as they both represent different bonuses. The blue light is responsible for adding mystery symbols to the reels. The red light activates walking symbols that can increase your winning ways.

*All values are subject to change at anytime.

Are the Graphics in this Slot Worth It?

I have played Inspired Gaming slots before, but this is my first time playing Megaways title by the developer. Let me clear one confusion you will see cop n robbers obvious titles by Novomatoc gaming hit the Megaways titles are launched under Inspired Gaming as the later software company acquired the former recently.

Like other Cops n Robbers previous titles, the graphics are animated designed in a comic strip style. The Megaways version continued the visual of this original, which may appeal to some users. The soundtrack is a catch that boosts up the anticipation with every bonus round activation. I like the retro design as it suits the overall theme of the slot game.

The background is filled with the silhouette of the city skyline, and the reels display colourful symbols like money, a police car, and a bag full of coins. If you want to try some other Megaways titles on Slots Racer, here is what I suggest: 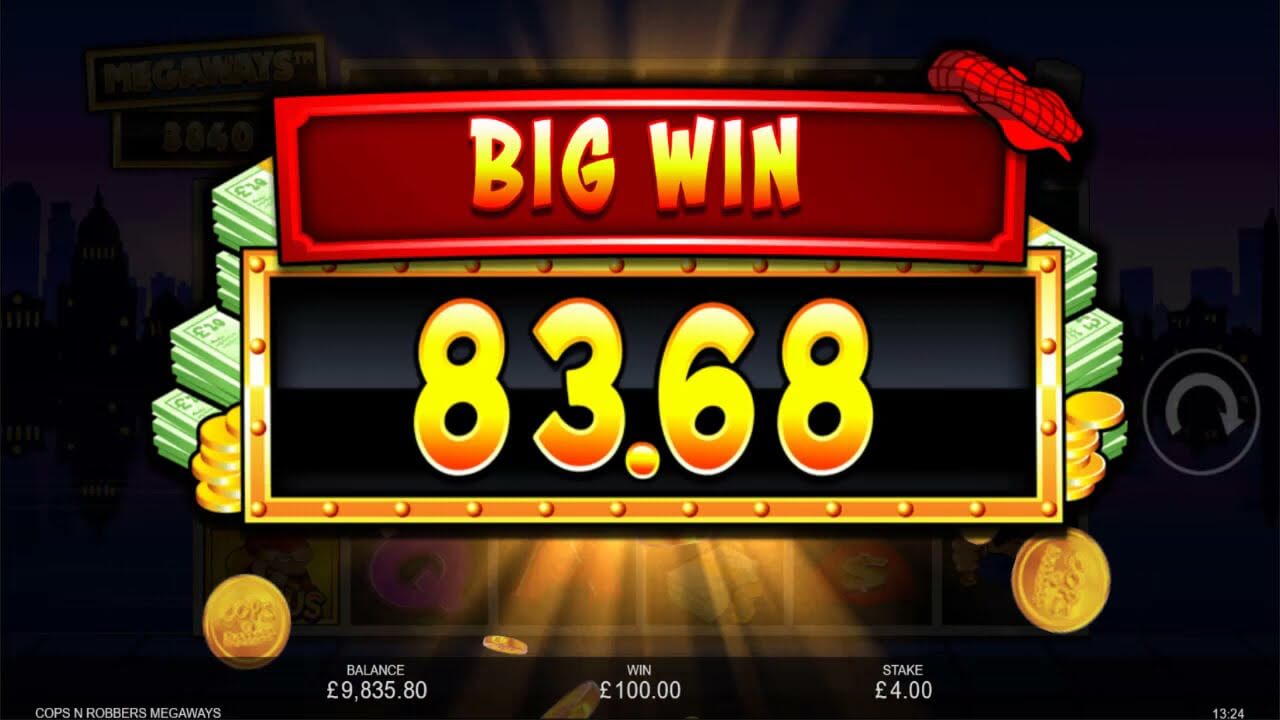 If you prefer playing slots on your smartphone, Cops n Robbers Megaways slot work exponentially well on any mobile device. You can play the slot game with real money on your Slots Racer mobile app for an immersive gaming experience. You can click on the okay and seamlessly play in portrait or landscape mode. All the features are compressed according to the compact screen, and the resolution adjusts automatically with the screen. 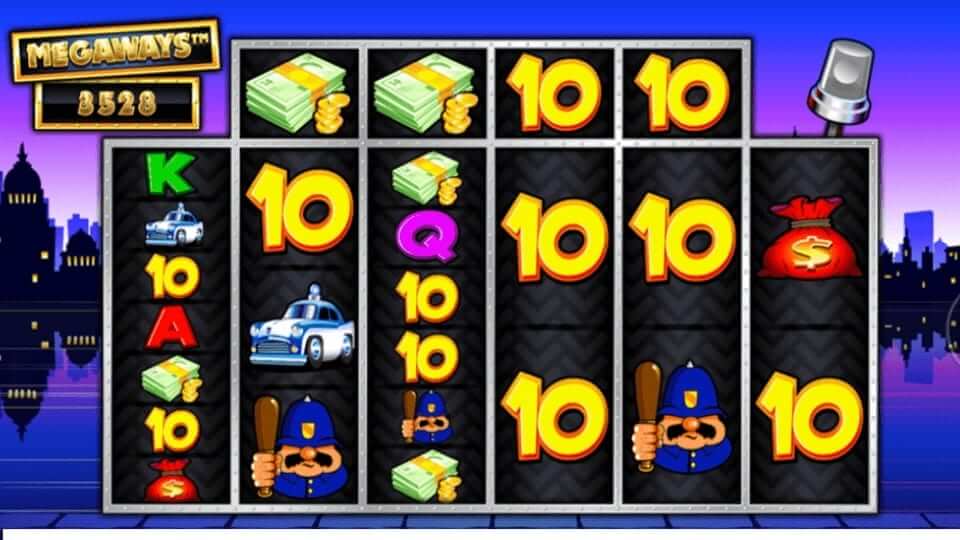 Does the Cops N Robbers Megaways Slot have Easy Gameplay?

When it comes to gameplay, the Cops n Robbers Megaways slot is easy to understand. You can learn the basic features in few seconds by following the guidelines below:

Where Can I Play the Cops N Robbers Megaways Slot Game?

You can okay the Cops n Robbers Megaways slot in demo mode on online casinos; however, I was more interested in trying with real money on Slots Racer. The steps are easy to follow.

Are there Any Free Spins and Bonuses Available?

Aesthetically Cops n Robbers is not an outstanding slot game, but a lot is going on in terms of bonus features. Let's start with the exclusive bonus features that can boost your winning chances:

Overall, Cops n Robbers Megaways is an excellent effort though there is not much difference between the original and revamped version. However, the cascading reels and megawatts engine is a great incentive that could boost players payout. I enjoyed the bonus features, especially the chase with three characters that add a thrilling factor to the otherwise bland graphic game and give the slot 7 on the scoreboard. Try the Cops n Robbers Megaways with real money on Slots Racer with all the information I offer.

You can also check other reviews of impressive games you can enjoy at Slots Racer, including Clover Rollover 2 Slots UK.

*All values (Bet Levels, Maximum Win, etc.) mentioned in relation to this slot game are subject to change at any time.