It’s time to boogie on the dancefloor here at Slots Racer! Based on Canadian music producer and superstar DJ Deadmau5, Deadmau5 is all about the nightclub scene and its neon lights.

With a catalogue of tracks blasting in the background, the audio mirrors the tempo of the action. Lovers of the club scene will like this slots game!

Having paid out over a billion euros throughout their progressive jackpot network, you can trust that you’re playing casino slots online with a company that knows what they’re doing. And they knew what they were doing with the Deadmau5 slot game.

Microgaming are the guys that brought you games like Book of Oz and Immortal Romance. Some like their branded slots that adopt a popular influence, like Jurassic World or Game of Thrones. You’ll love Microgaming’s free slots if you’re a TV or blockbuster fan.

Priding ourselves on being one of the best slot sites, you’ll see Microgaming’s excellent slots all over our website. 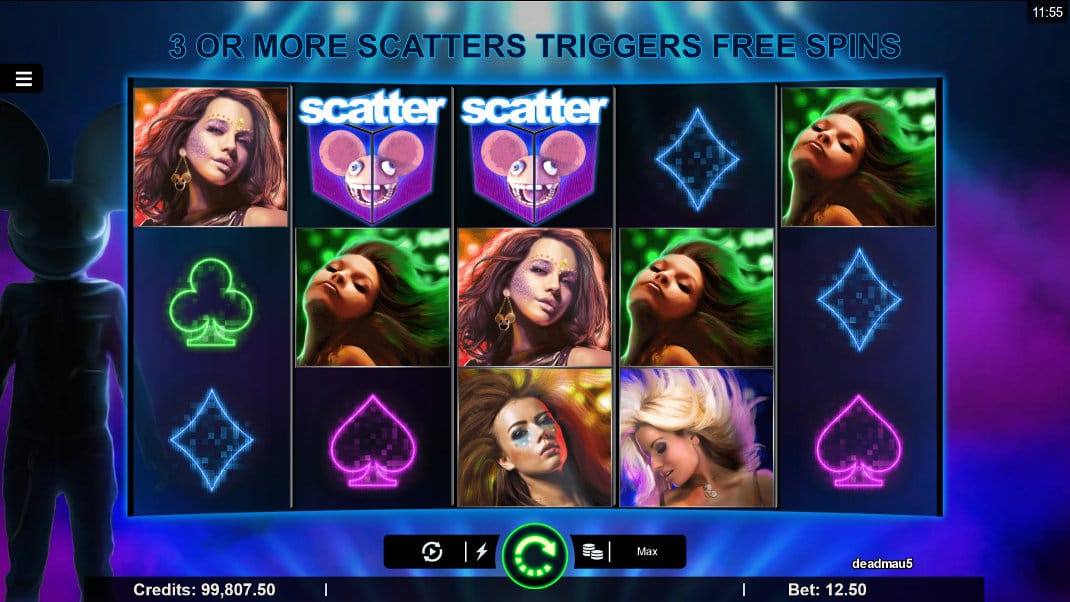 Interestingly, Deadmau5 is the stage name of Canadian electronic music producer, musician, and DJ, Joel Zimmerman. Therefore, as expected, the slot’s theme is a nightclub setting, and the soundtrack consists of some of Deadmau5’s music catalogue. Tracks include 4Ware and Monophobia.

Deadmau5 is a 5x3 slot game with 243 ways to win. Your aim is to land matching symbols on adjacent reels, starting from the leftmost reel.

Deadmau5’s symbols include: neon style hearts, diamonds, clubs, spades, and 5 dancing women. The most valuable symbol is a lady with face jewels, paying 0.5, 2.5, or 10x your total stake for 3, 4, or 5 in a combination. 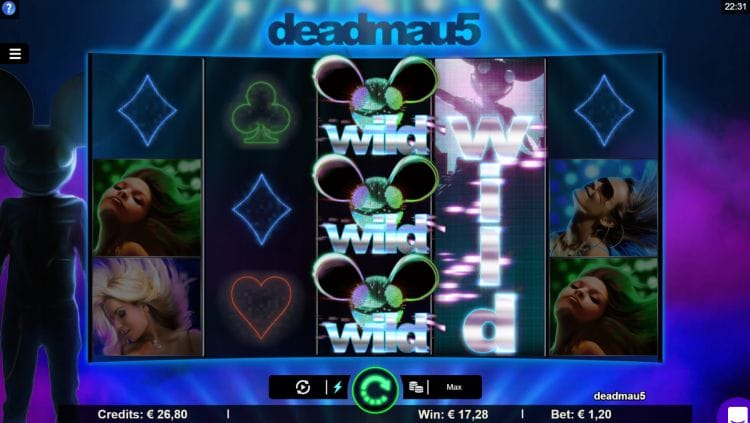 Well, being a nightclub themed slot, I guess its no surprise Deadmau5 that the dancefloor is booming with bonuses at every shake of the reels.

Firstly, the Deadmau5 logo is the game’s wild. It will substitute itself for any other standard symbol to create winning combinations that would have otherwise been impossible. So look out for it!

Secondly, Deadmau5 has a Rolling Reels feature. Land a winning combination with 3 or more symbols on adjoining reelsstarting for reel 1, and winning symbols will be removed with new symbols replacing them. You’ll be paid and the process will be repeated, continuing for as long as you keep forming wins.

Thirdly, Deadmau5 has a Drop the Wild feature. This feature is actually triggered randomly, and what it does it place the wild on the middle 3 reels. Turning the middle 3 reels wild can be quite lucrative, and you’re guaranteed a win.

Next, Deadmau5 has a Free Spins feature. Land 305 scatters on the same spin, and you’ll be rewarded 5-250x your total stake, in addition to 25 free spins:

During Deadmau5’s Free Spins feature, the Rolling Reels are active, and there’s also a cool Multiplier Trail. Land successful Rolling Reel wins and you’ll introduce 2-10x multipliers into the game. At th end of each set of Rolls the multiplier resets to 1x. 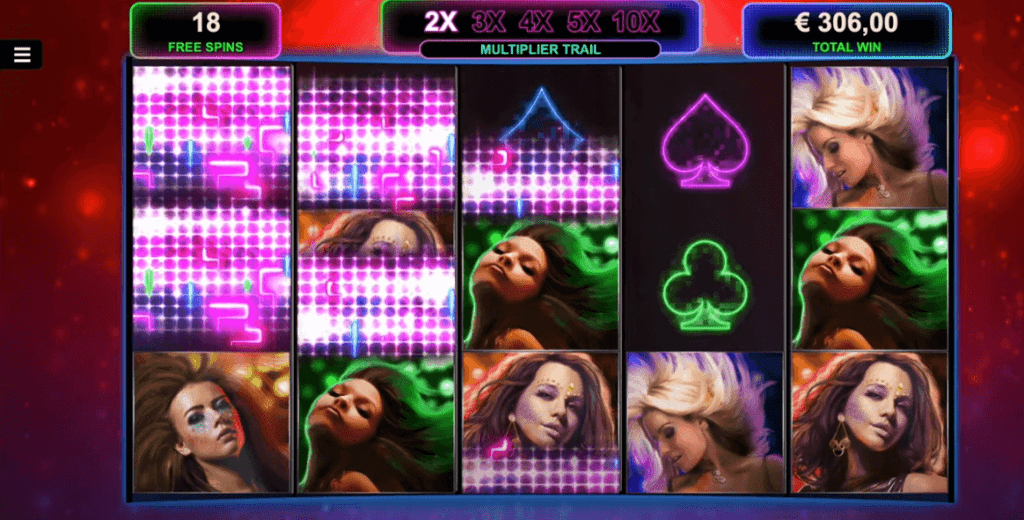 Deadmau5 is a decent slot. The imagery and audio is well executed, and the bonus features are ‘alright’ – we wouldn’t say they’re very fruitful. If you’re a fan of DJ culture then this would be one of the best slots out there for you, but for the majority of us, this may not be one you’ll spend too much time on. Verdict: We give this a 6.5/10. For more great slots, give the reels of Book of Gold Multichance slot a spin.