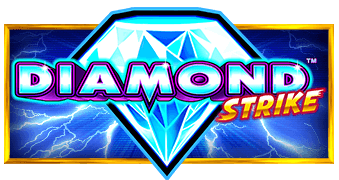 Diamond Strike by Pragmatic Play is a 5 reel, 15 pay line classic themed slot. Bonus features in the game include a minimum of 8 free spins, while the highlight of this online slots 2021 is the pick me jackpot feature where you get to win up to 1,000x your total bet. You’ll win huge from the free spins feature as it can be retriggered. Stakes in the game start from 15p to £75 a spin on all iOS and Android devices. Read to learn more below or play with 500 free spins any of the slot games below and more on Slots Racer!

About the Diamond Strike Casino Games

As we mentioned earlier, Diamond Strike is a classic fruity themed slot so the setup is very simple indifferently of whether you play it on desktop or on our deposit by mobile casino. Classic symbols like cherries, melons, plums and lemons serve as the fruit symbols of the slot awarding 5, 10 or 40 coins when 3, 4 or 5 appear on the reels. The bell symbol in the game rewards 10, 20 or 100 coins for 3, 4 and 5 appearing on the reels. The lucky red 7 awards the best value among the standard symbols where a 10, 20 or 200 coin payout is awarded when 3, 4 or 5 appear on the reels.

The wild symbol in the game is represented by the shiny white diamond. The wild can substitute all other symbols except the free spins symbol and the scatter symbols. Players can win up to 300 coins per pay line. Spinners will enjoy the 2 bonus feature offered in this Diamond Strike slot by Pragmatic Play.

Pragmatic Play - The Developers of the Diamond Strike Slots Online

Pragmatic Play entered the online casino industry in August 2015. It is considered one of the fastest-growing companies in the industry. They’ve got a workforce comprised of over 100 highly-skilled employees who work together to create each of the company’s incredible casino games from their headquarters in Malta. Pragmatic Play has won several awards since 2015, particularly in 2017 when they had most of their success at the Malta iGaming Excellence Awards when they won the Best Gamified Experience, Best Digital Company of the Year and Best HR Director of the Year all in the same year. They also took the Software Rising Star award home at the EGR B2B Awards. They’ve also endured losses in their career such as in 2016 and 2017 at the EGR Operator Awards when they missed out on Game of the Year for Hot Safari in 2016 and Queen of Gold in 2017. They missed out on both but earned recognition as a new company in the scene already shaking up their competitors.

Pragmatic Play has been able to acquire several Gaming licenses thanks to the recognition they’ve achieved. Award nominations and such accolades help the company grow its list of clients. These clients help the company acquire licenses from the toughest gambling commissions operating in the industry. Some of the gaming licenses that Pragmatic Play holds include a Malta Gaming license issued by the Malta Gaming Authority and a UK Gaming Commission issued license. These are two of the toughest licenses to acquire. They also have a license issued by the AAMS in Italy, proper certifications by Romanian gambling authorities, are regulated by PAGCOR, Philippines' gambling authority and are licensed to operate by Curacao's eGaming certification body. Their newest licenses have been awarded by gambling authorities in the Bahamas and have been allowed to enter the Danish market.

Players will be happy to know that Pragmatic Play releases an average of 2 new games every month. That doesn’t sound overly impressive at first, but it can be when you consider all the work that goes into a single game. A multi-team effort goes into every one of their games. The success of the game starts with extensive brainstorming sessions, mathematicians making the necessary calculations, audio specialists, programmers and designers putting together the games that end up delivering an outstanding gaming experience for every kind of player to enjoy. You can play 3 reel, 5 reel or multiple ways to win slots. Pragmatic Play slots are of different themes and storylines like action, racing theme, adventure, mystery, history, love, nature, Irish theme, Mexican theme, safari theme, native American theme  Chinese theme, Japanese theme, etc. Play their title: Fluffy Fairground slot or find slot games like this one on Slots Racer today! 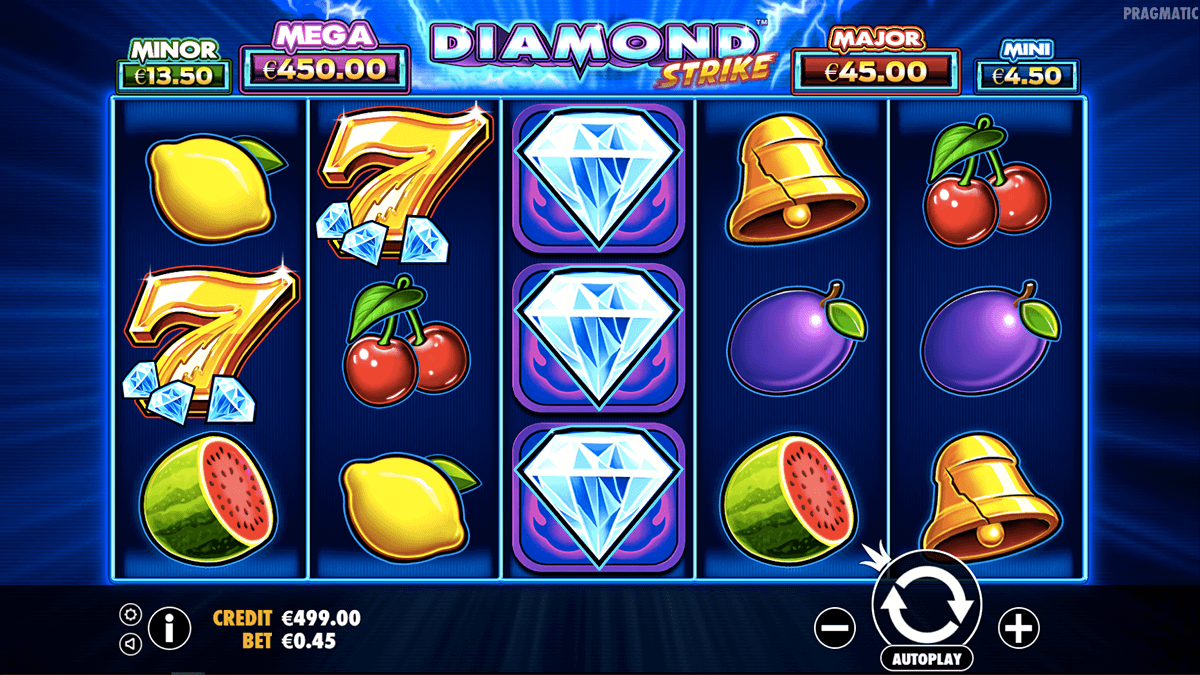 Pragmatic Play's Diamond Strike slot is an easy game to play thanks to its classic casino game nature. The slot includes some bright visuals and a beat-heavy tune as its soundtrack which give it an energetic feel. The slot has medium volatility offering balanced payouts. Bonus features offered in this Diamond Strike slot are unlike any you’ve seen anywhere else. The Jackpot Bonus Game Feature offers players picks on screen until 3 matching symbols appear on the screen. The Mini, Minor, Major or Mega jackpots can appear on-screen to reward 10x, 30x, 100x and up to 1,000x your stake. That’s a perfectly solid payout from a classic themed slot such as this one. If you’re looking to enjoy a simple, fast-paced classic fruit machine slot, then you will enjoy your time with Diamond Strike. If you are yet to enjoy Pragmatic Play uk slot games, go ahead and take this one out for a spin to see some of their best classic themed casino slots. Try these games and any other type of casino games on Slots Racer now! What are you waiting for?