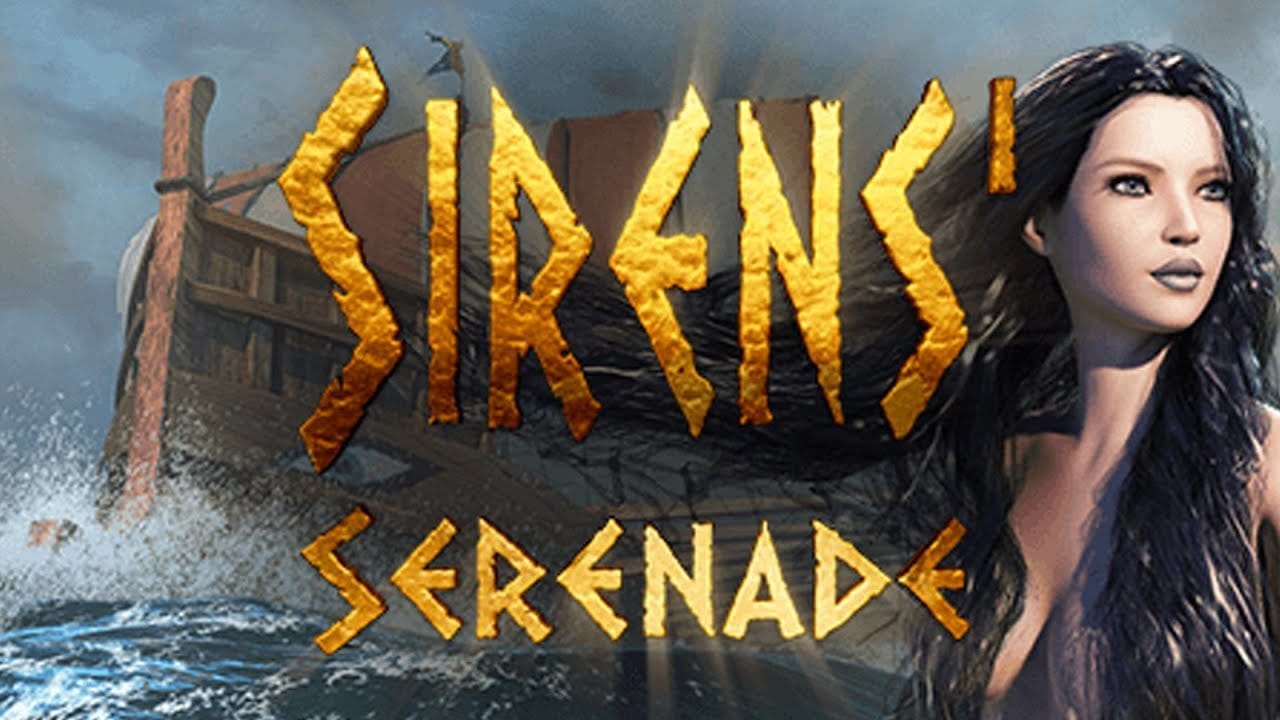 Sirens Serenade is a slot which centres on sea creatures posing as humans exuding ravishing qualities. Greek mythology presents Sirens, who are irresistibly beautiful nymphs or sea creatures appearing in human form to sailors, voyagers, and merchants on voyages with songs that are incredibly enchanting but acutely dangerous. It goes that the ignorant sailors often fell for these seductive baits of the Sirens' and ended up massacred, and in some cases, sailed their ships into the wreckage.

Sirens Serenade employs this popular Greek theme in such a way that centres all actions in the game on the sirens, their impeccable love songs, voyage, and dark backgrounds complemented by a combination of grey and blue depicting weather conditions driving home the storyline. This slot presents an avenue to players to either sail the seas boldly and courageously or let their minds eroded by the pretty but dangerous sirens seeking to ravage and destroy ships. Discover more and start spinning today!

As a condition antecedent, by sailing boldly, you are bound to come across sirens; however, upon successful navigation of the stormy seas and the temptations of the Siren mermaids, you are welcomed to juicier winning streaks and free spins.

Find out more on these slot games by reading our full review below, or just try video slots from Slots Racer now:

The developers of Sirens Serenades: Saucify

Saucify developed Sirens Serenade as one of its very numerous slot machines.

Having begun providing turnkey solutions, Saucify has been phenomenal in the development and marketing of technologically advanced, innovative, slots offers, and creative slot machines in the iGaming industry. As a company possessing a knack for exceptional content, it has developed widely received slots which are fully available in both land-based and online casinos in the UK, France, Germany, the US, and several other countries in Europe and North America. Some of its several well-performing games from a slot site include the following:

About the Sirens Serenade Slots - Gameplay

While this UK slot machine has its subject matter depicting the nymphs and their comeliness, the fulcrum of the game appears to be the ships seen on a rocky island, which either bring voyagers to their destinations alive or be a catalyst for their untimely death in the oceans.

The ships, therefore, have a place of importance in the slot. While attracting the nymphs as being the object of their scheme, it also doubles as one of the highest rewarding symbols in the game.

Another object of the essence in this slot machine is the sea. The mermaids live in the waters, which also serve as a route for the sail of the ships. The Mediterranean Sea is worthy of note in the Siren myth, as it is believed and recounted by surviving merchants that the evils of the Sirens were unleashed on its shores. The Sirens and the sailors are now left to slug it out on the sea, making it a battle of wits and thoughts of both parties in surmounting the other.

As a typical Saucify product, Sirens Serenade has 5 reels, 3 rows, and 25 fixed paylines – which are available to be played from the 1st to the 25th payline with your preferred stake value per spin. The stake starts from a minimum of 0.25p per spin, in which case, each line fetches only one coin at 0.01p at the least value. Conversely, the highest value is pegged at 1.25 Pounds per line, which could extend to 31 Pounds.

All symbols in the Sirens Serenade Casino Slots

The game has wild symbols, scatter symbols, and free spins feature. Some of the ordinary symbols Jacks, Aces, Kings, Queens. Others include ships, sails, banners, maps, and oars. The ship symbols remain the most massive bounty in the game; aligning 5 of them on a particular payline of the same kind entitles you 400 coins 2times multiplied by your stake value.

Just like other slots, the crux of this play slot games is in striking at least three symbols of a particular kind on the same or similar symbols anywhere on the reels. To this end, 3 successive icons would afford you a win.

In respect of the Wild symbols, this is depicted by the adorable Siren, who champions the course of wrecking your play ship, if you do not surmount her. With her, you might think you would face difficulty, but the game is not programmed that way. The Siren has two distinguished symbols, which may account for higher wins. In ensuring more top gains, you are entitled to a substantial prize of 1,500 coins when you strike 5 in succession. That is, where you can get 5 of these Siren wild symbols consecutively, you would win massive. These symbols usually change for other symbols except the scatter symbols, and this further ensures multiple wins to you. 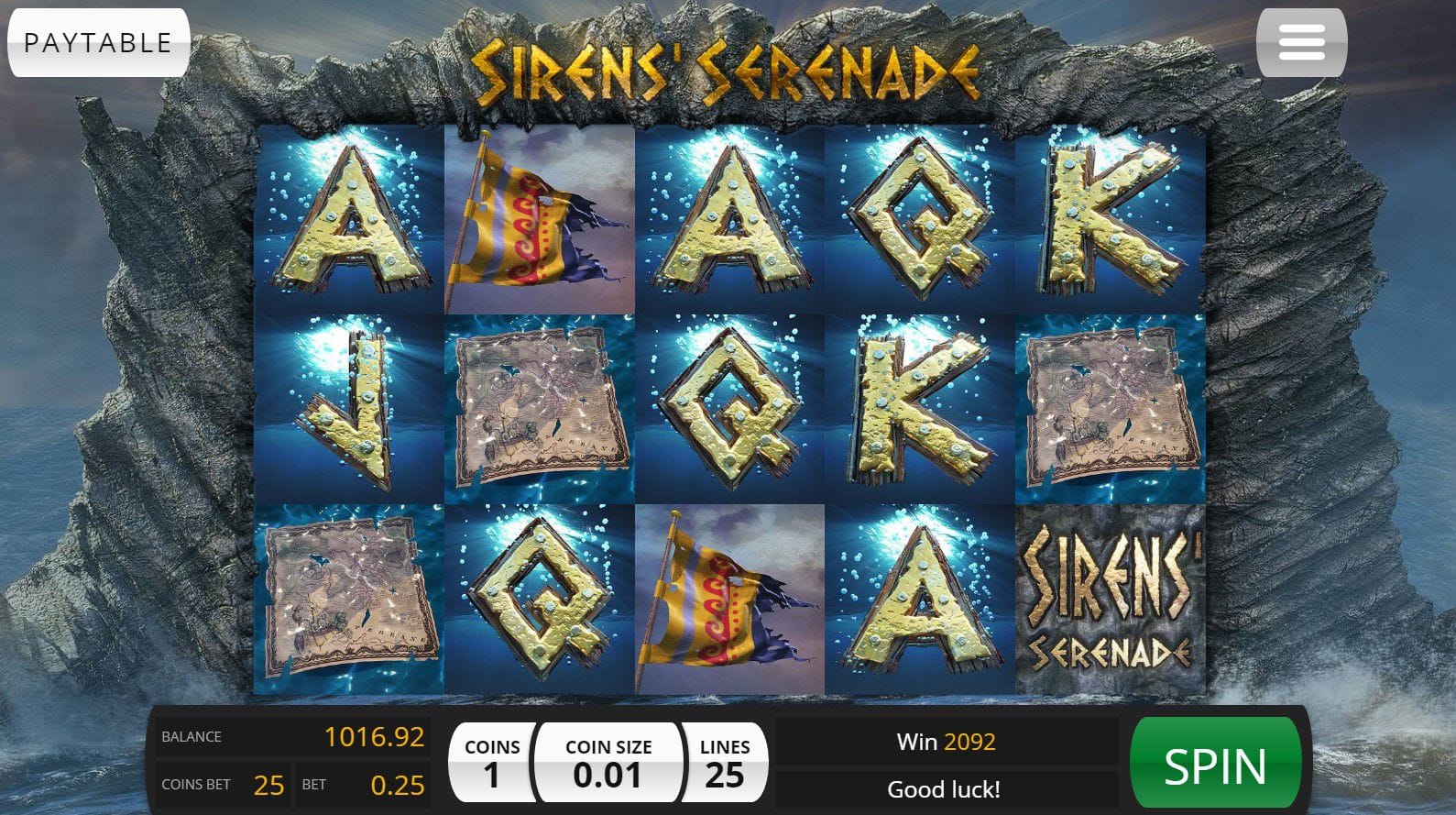 The background and visuals of this slot have done enough justice, cementing its theme as an ancient myth of the Greeks. However, the design of the seas is a bit of a deficiency for the developer, as the waters may not give off the expected feeling sequel to the narrative. Due credit must also be accorded this slot for bringing to the fore what merely existed in literature books. You can now have a peek at what Greek nymphs look like, thanks to Saucify, and win some cash while at it. Discover mobile slots pay by phone bill like this one and many more on Slots Racer today!