There are a whole world of video slots free spins out there for those interested in history and/or action/adventure. There are games set in prehistoric times, all the way through to modern history like the early casino days of Las Vegas in the 1930s.

Dark-horse type developers Inspired Gaming’s slots game Centurion takes place in ancient history, although maybe not quite as far back as the dawn of man. No, we are in Roman times here and are ready to battle!

Centurion is a beautifully presented Roman gladiator-type slot with striking colours, interesting historical symbols and energizing music/sound effects. It’s a five reel slot with three rows full of cool Roman symbols, and there are 20 lines with as many ways to win.

Centurion isn’t the easiest game to win in the world but has good earning potential when it does come about, part and parcel of being medium-high volatility, and overall, it’s one of the best online slots available due to its exciting gameplay and big win potential. In fact, the jackpot here is a truly eye-watering £250,000… just imagine!

Usually, you’ll find the variance here at around 95% which is a little lower than average but with that kind of jackpot and plenty of other prizes to win along the way, it’s almost irrelevant.

You can play Centurion at the best slots sites today, such as Slots Racer, and through absolutely any device, whether it be a mobile, tablet or desktop computer with the use of our amazing slots promotions.

About Inspired Gaming - the Pioneers Behind Centurion

British developers Inspired Gaming took only three years since their formation in 2007 to catch the interest of a private equity fund who bought them out in 2010. This gave Inspired Gaming the finances they need to really get developing, and since then have hit the ground running in the Italian and British market, producing some of the best slots in the process.

Famous for their online casino and online sports games, Inspired Gaming are no strangers to the worlds of slots. They’ve produced some of the best online slots of recent years, including Merlin, Jungle Bucks and Goddess of the Amazon slot game. So, you can play an Inspired Gaming slot safe in the knowledge that you’re in the hands of one of the best online slots developers in the business.

Inspired Gaming allow each individual casino the ability to set certain variables, such as the min and max bets, the RTP etc. Because of this, it’s particularly important to choose the best slots sites to play the Centurion Maximus Payus slot on, so get playing on any device at Slots Racer today. 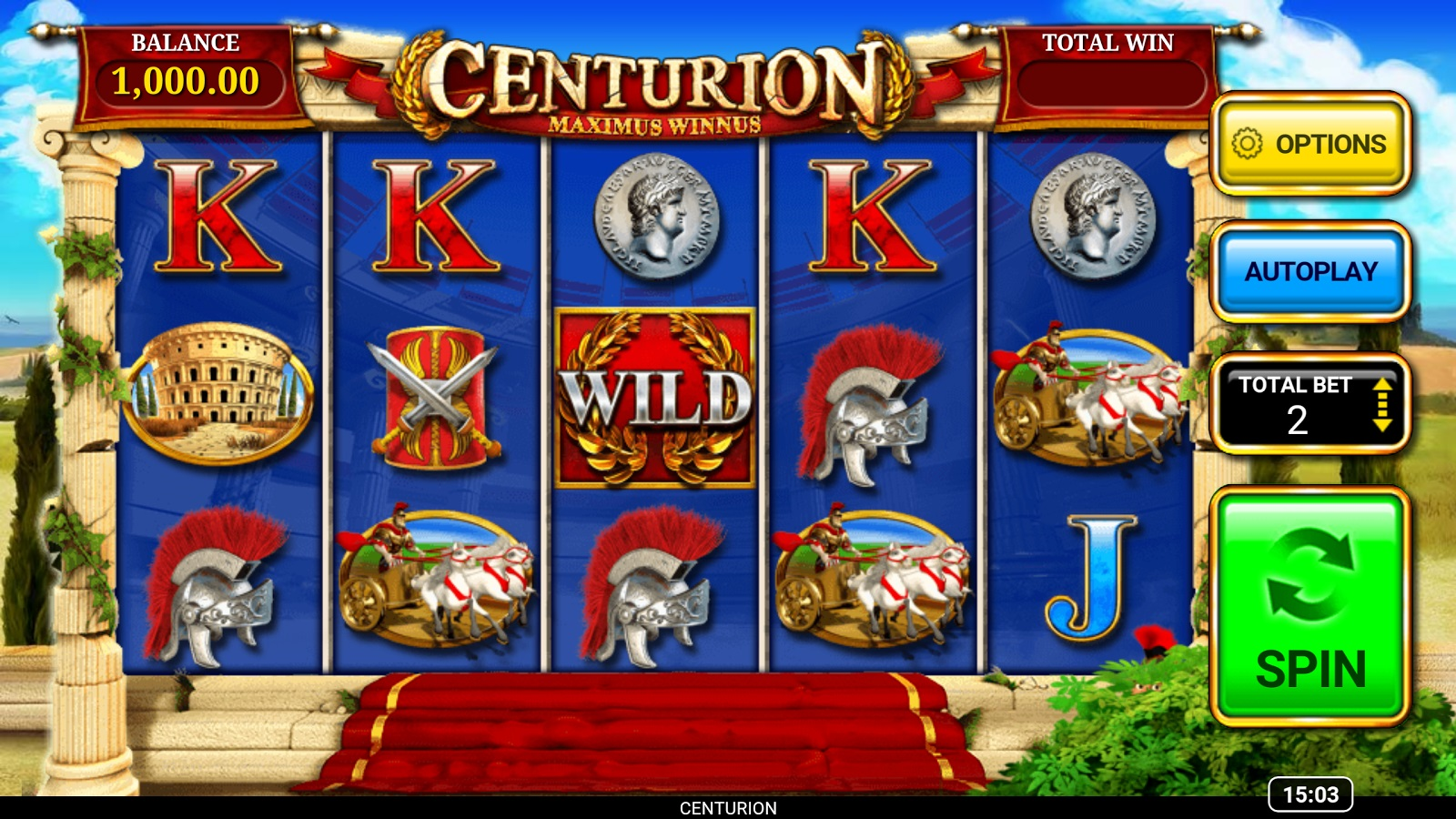 Centurion new pay by mobile slots is laid out across a traditional 5x3 reel setup, and when pulling that virtual lever you will be presented with a variety of Roman-themed icons including gold coins, gold statues, riders and legionnaires, all corresponding to different payout potential.

The most important symbol to look for, however, is the game logo Centurion, which pays the highest reward when landed two to five times. The chariot and coliseum come joint second, followed by the sword and shield.

It’s not a super-serious Ancient Rome-themed game by any stretch, as it’s got a cartoon-like slightly comical feel to it. It’s quite heart-warming in fact, and does nothing to distract from the exciting theme of the game.

You’ll join a smiley Roman Army officer on his escapades to rise up through the ranks, and having a character to play the game alongside in this way really makes it that bit more enjoyable.

The actual gameplay here does what it says on the tin and with great graphics and exciting music. So that’s a green flag right off the bat. However, what makes Centurion one of the best online slots in the world and really sets it apart from the rest in terms of its winning potential is its bonus features. 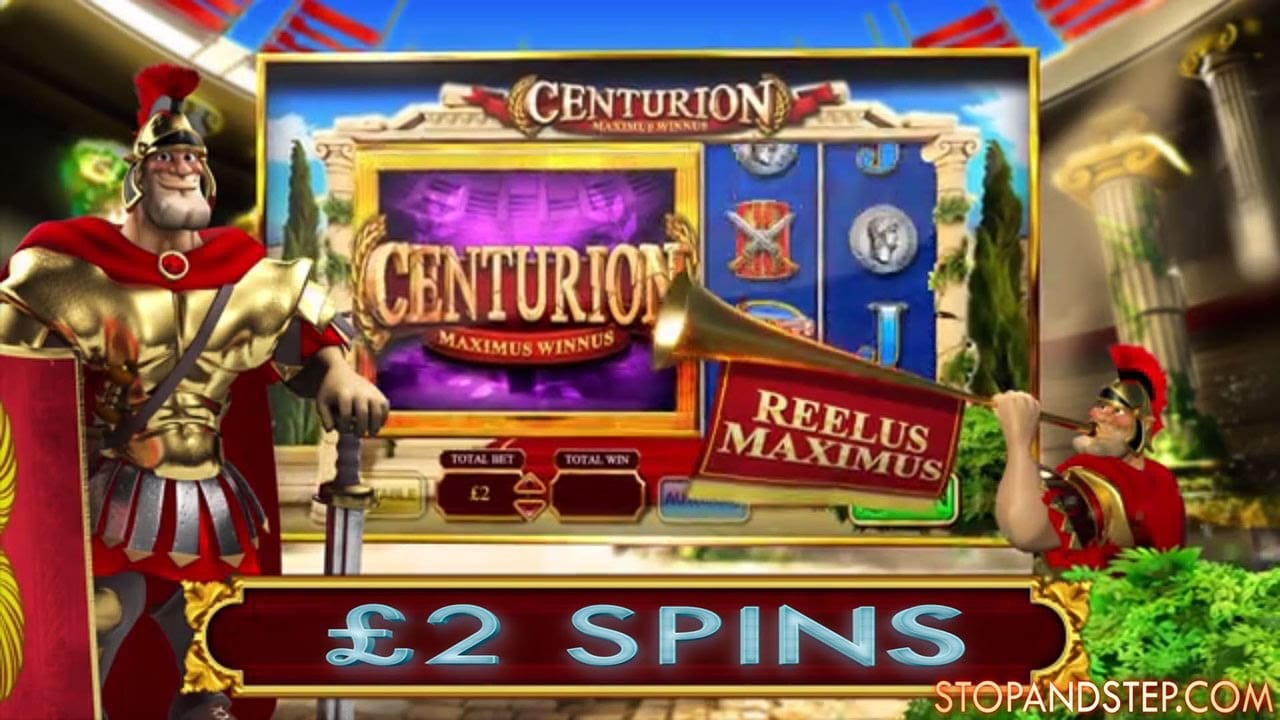 The big bonus features in Centurion are the ‘Big Win’ bonus, an exponentially bigger win from landing the Centurion symbol; the Super Bonus Reels, increasing the amount of free spins bonus symbols and therefore increasing the chance of a payout; Reelus Maximus, whereby one symbol can cover three reels and Five of a Kind which can multiply your already large win by up to seven. 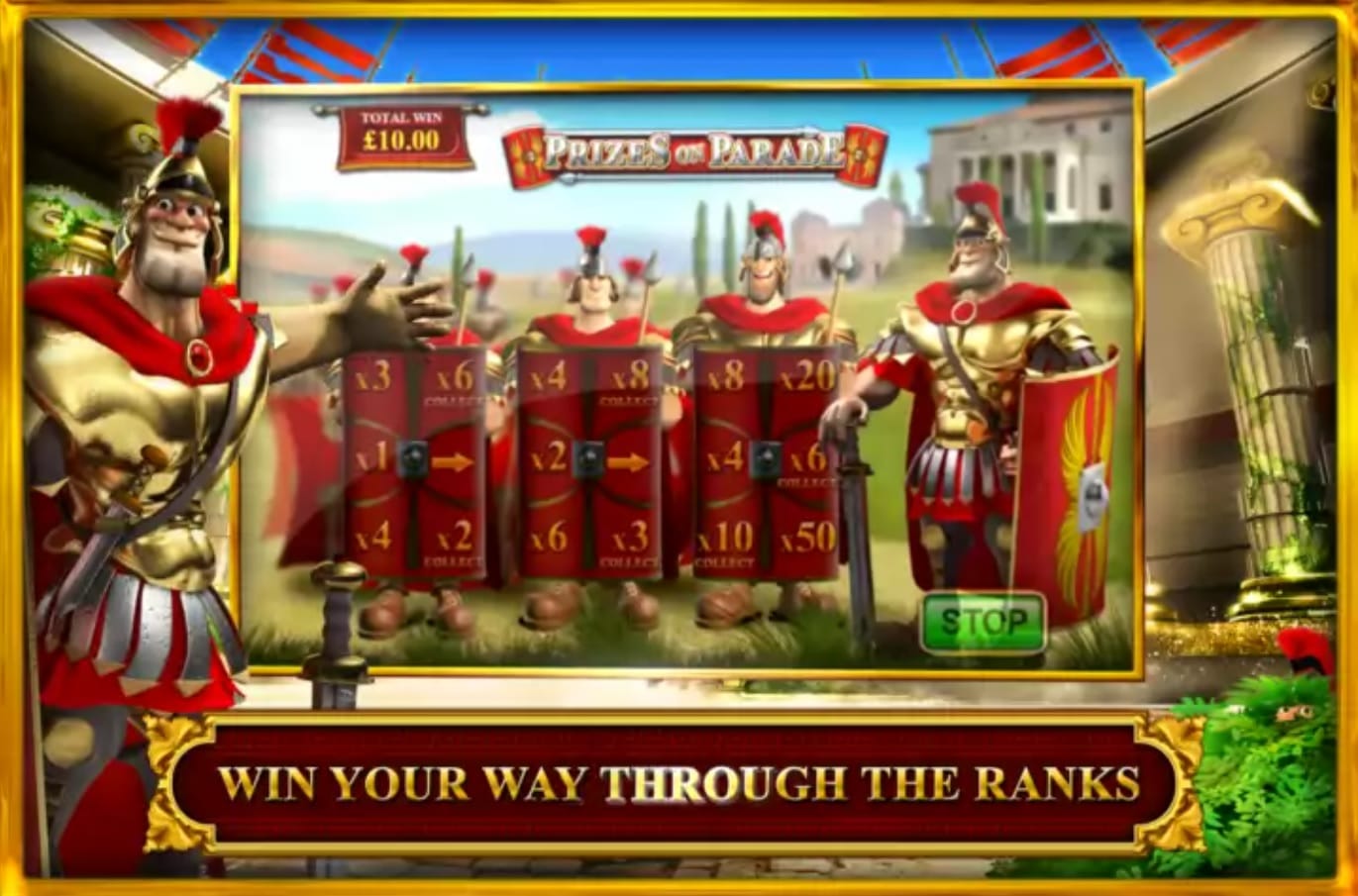 With an enormous jackpot of £250,000 and plenty of other opportunities to win, all wrapped up in an exciting and kind of cute Roman theme, this game is a big hitter, and there is also a free spins version of this game for you to try, so give Centurion Free Spins slot a shot today.