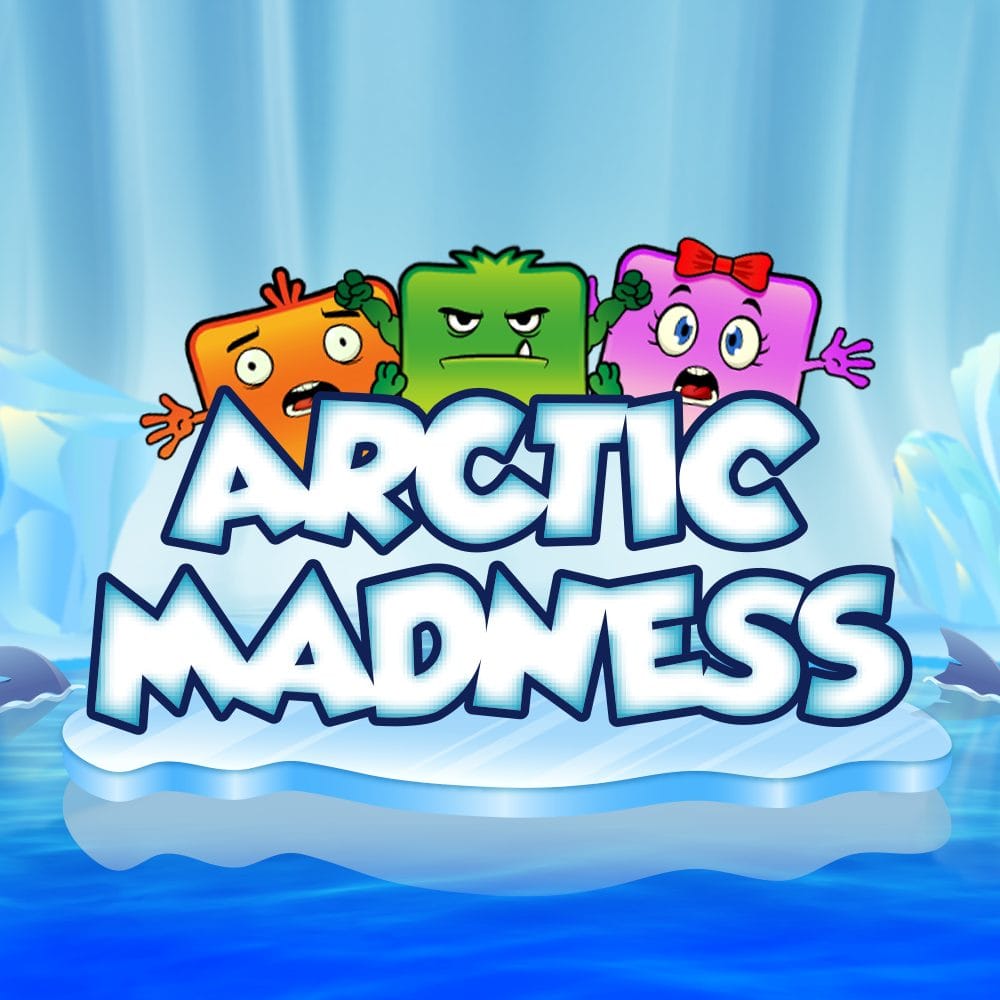 Arctic Madness by Pariplay is one of the best video slots online to take a bet on at Slots Racer. This is a 3x3 slot game with 5 pay lines and is playable on almost all devices available. It is a high-level variance game with an RTP of 95.02%.

Arctic Madness demo slots uses a cascading reels engine which means that winning symbols disappear and are replaced by new ones. This gives you the chance to win consecutively from every single spin. The bets in this game range between 25p and £10 per spin.

The company was founded in 2010 and is based in Tel Aviv, Israel. In addition to social gaming platforms and casino games, Pariplay specializes in all types of traditional draw style games, jackpot based systems, and different solutions for lotteries around the world.

Its propriety Admin Console (SMTM) allows people to use the best technology to comfortably configure, maintain, and uniquely create their own instances and pay-tables. 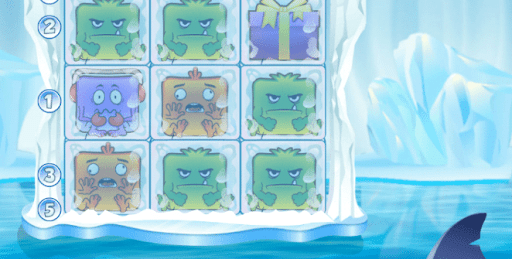 If you’re looking for the best mobile casino pay by phone bill games, they’re available at Slots Racer. The stars of Arctic Madness are a group of 6 cartoon creatures known as Cubies that are normally surrounded by shark-infested waters and giant icebergs.

The brightly colored critters normally appear encased in the blocks of ice. For players to create a winning pay line, they need to land 3 matching Cubies on at least 1 of the 5 pay lines. To get a payout of 2 coins, you will be expected to land 3 of the scared looking orange Cubie.

The pink cubie offers a 6x payout while the snarling green creature awards 12 coins with 25 coins on offer if the player lands 3 of the headphone-wearing purple cubie in a row. The goofy red Cubie awards 100 coins while the shades-sporting blue Cubie normally awards 200 coins. The most lucrative symbol is the wild where if you land 3 of them on a single pay line you will pocket 1,000 coins.

The game is played using a cascading reels game engine where the successful symbols are blasted from the reels and replaced by the symbols above after every winning spin. A new payout is made afterward. These cascades continue coming for as long as the player creates a new winning combo.

There is only one bonus feature when playing Arctic Madness is the Arctic Madness Bonus Feature. This game has a lot of humor, and it creates a unique atmosphere, which is enough to break the ice. In the background, the players will get to see a giant iceberg that fits the theme. There is a symbol trapped for each of the cubes on the reels and there are sharks that surround them in the game. 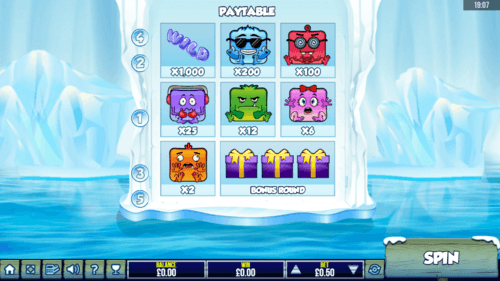 Slots Racer is the home of the best online slots. Arctic Madness is one of them. The game has some amazing bonus features that include:- 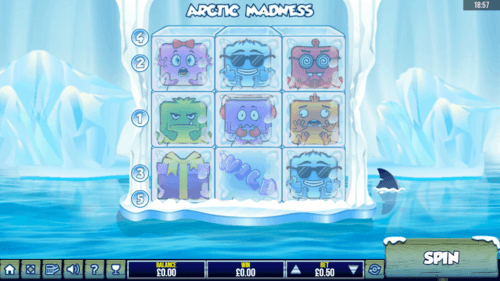 The Verdict on Arctic Madness

Its gameplay is pretty simple and straightforward and the bonus feature seems to be triggered regularly leading to decent payouts. The design in Arctic Madness is really well done. The cartoon graphics works really well and has a very catchy little tune that normally plays away in the background. The game’s cascading reels keep the action moving over nicely. For more great slots, check out the Arcade Bomb slot.