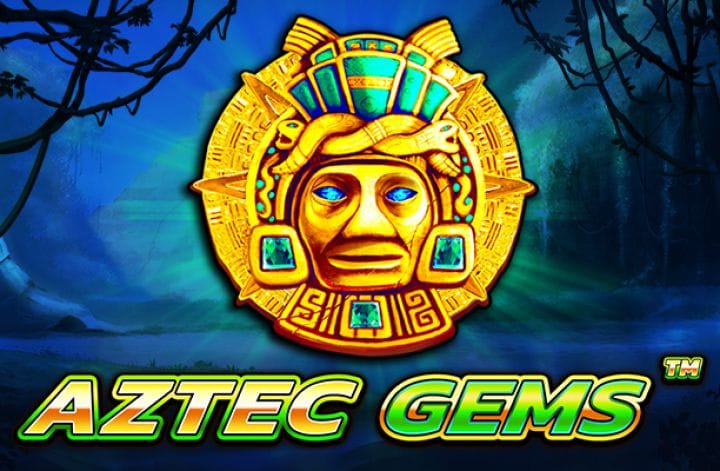 Join Aztecans in making their hunt for the restoration of lost treasures a reality. But in this quest, you shall be drawing on the initial Aztec Gems videoslots version stopped, to ensure everyone gets a share.

Aztec Gems Deluxe is one of the best slots with the Aztec theme at its center. Like the first version, Aztec Gems Deluxe is replete with resplendent designs, as the reel is steep in gold. The Money Re-spins feature is the crux of the game as it offers re-spins and a gateway to the rich perks.

These perks include a Multiplier feature that ranges from 2x to 10x on top of your total wins. The second is the Wheel of Fortune feature that awards multiplier values from 18x to 388x or the jackpot.

With a massive maximum payout of 22,519 times your wager, you can play 3 reels, 3 rows, and 9 pay-lines. Slots Racer, top slot sites is a provider of the best online slots, offers a better explanation of the whole game in the next paragraphs.

Pragmatic Play is a highly rated developer with palpable results regularly backing its reputation in the iGaming landscape. Pragmatic Play is a Malta-based gambling outfit throwing much of its strength behind innovation and creativity. Since 2015, Pragmatic Play has been striving to provide casino games that exceed the ordinary boundaries of gambling.

The feats they have achieved start making more sense when you consider its licenses in more than 20 jurisdictions. Most slot games from the company are also available in several languages, displaying their commendable understanding of players' diversity. This is why the company has been scooping awards from time to time.

Some of these awards are the winner of the Software Rising Star Award at EGR B2B Awards 2017. Best Slot Game 2018 at the Malta Gaming Awards, Best Game Provider at the AskGamblers Awards 2019. Best iGaming Software Supplier at gaming Awards 2020.

Some games by Pragmatic Play are as follows:

At Slots Racer, one of the best slot sites in the industry, you would play most deposit by mobile slots games by Pragmatic Play. 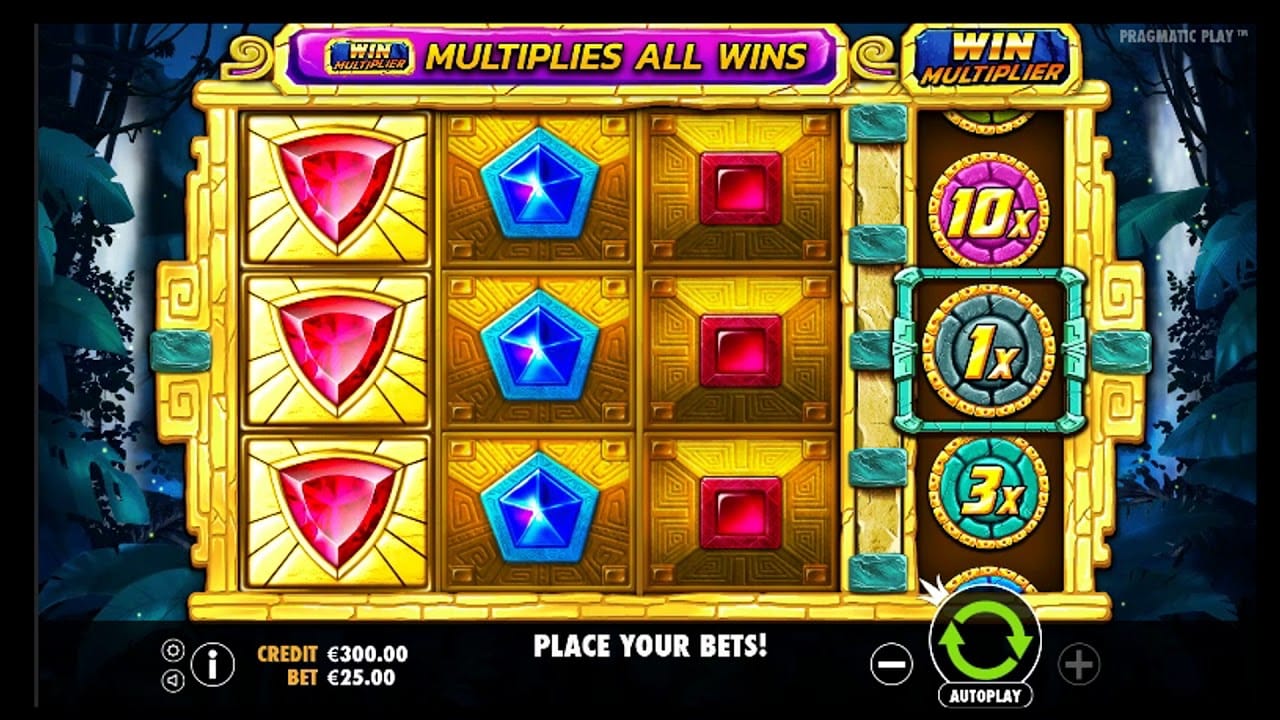 You make winning combinations by synchronously landing 3 or more of the same symbols on the reels. This would pay according to the symbols.

The Money Re-spins feature is a vital part of the game; it gives you a passage to other awesome features. Upon triggering it, you are offered re-spins to increase your total payout at the end of the feature. Additional features can also be unlocked from the feature, including Multiplier and Wheel of fortune features.

As is traditional in most Aztec slots, the symbols are presented as Totems and Gems. The High-value ones include green Gem, Purple Gem, and Red Gem, while the low-value ones are Blue and Yellow Gems. The Golden Totem with flamboyant embroideries is the wild symbol that substitutes all other symbols, except the Coin symbol.

Each spin attracts a wager of 9 pennies and 45 pounds, as you strive to win a whopping 22,519 times your stake!  Playing on Slots Racer would give you a more vivid understanding of the gameplay. 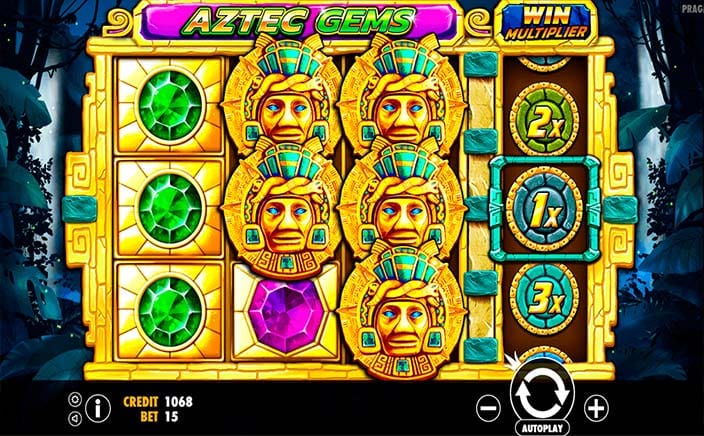 Getting 4 or more Coin scatter symbols on the reels will set this feature in motion. As the feature starts, all other Coin symbols disappear from the reels, paving the way for the activating symbols. Then 3 re-spins are offered to you, with every Coin symbol in view turning sticky and maintaining their positions.

Blue Totems would appear, adding 3 re-spins to you. The feature continues until you cover all reel positions or if you no longer have any re-spins. All Coin symbols on the reels are then calculated and paid to you.

More features are unleashed when you cover the whole screen with Coin symbols. Thus, you would activate any of these at random:

The above bonuses could be landed on Slots Racer today. 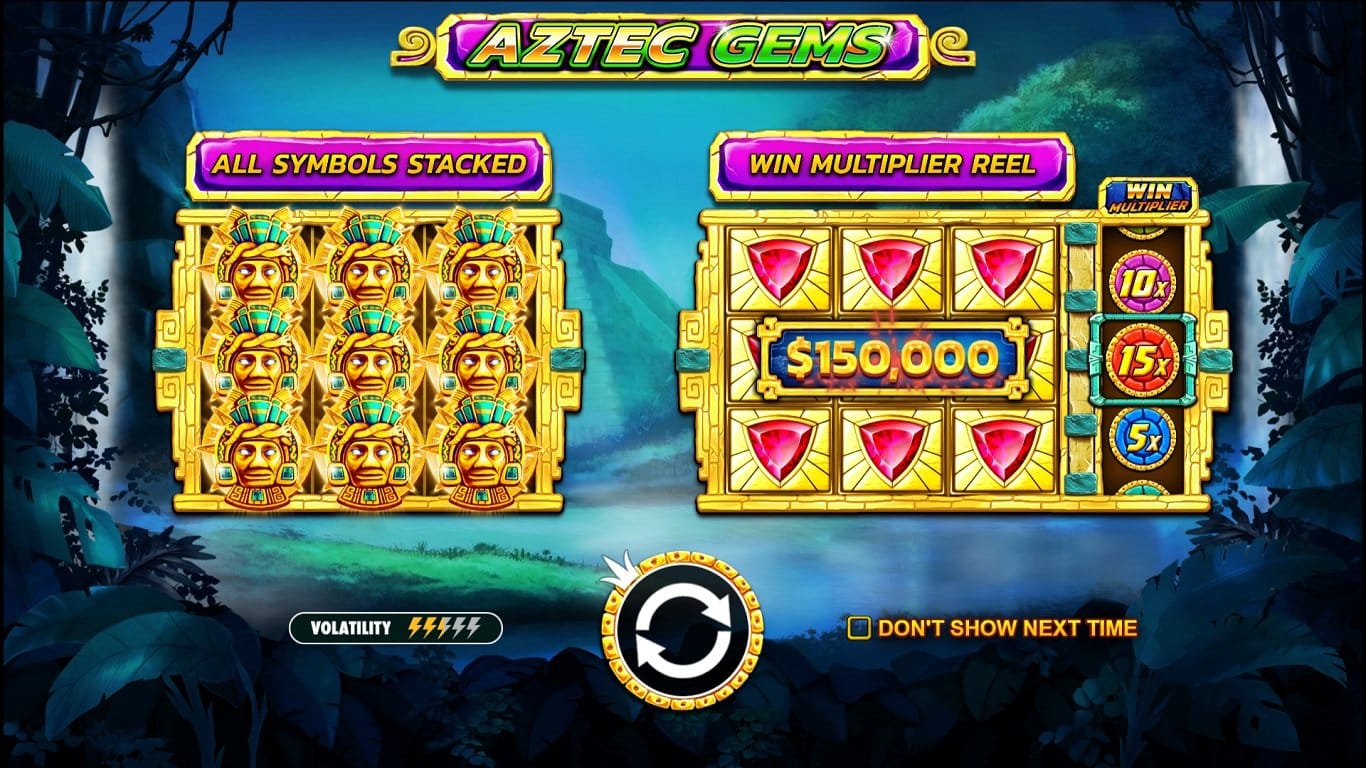 With the Grand jackpot alone offering 1000x your wager and 22,519 times wager payout for grabs, this slot is breathtaking. It becomes even more astonishing when you factor in the shimmering graphics, antique civilization soundtrack, and overall fun. Hence, Aztec Gems Deluxe and the Aztec Blox slot is recommended for you to play on Slots Racer.