Call of the Colosseum

Call of the Colosseum videoslots casino by NextGen Gaming just made it to the home of the UK’s best online slots, Slots Racer. It is a 5-reel, 25-payline slot game that is based on the Roman Colosseum that is a popular landmark in Rome. It has a RTP of 95.3% and mid to high variance, making Call of the Colosseum slot suitable for both new and experienced slot players.

NextGen Gaming – The Developer Behind the Call of the Colosseum Slots

NextGen Gaming is one of the longest-serving developers of online fruit machine games software as it was founded in 1999 in Australia. The company’s core aim is to attract, entertain and retain customers and casino operators.

NextGen Gaming currently specializes in video slots such as Doctor Love, Mad Monkey and Merlin Millions Superbet. It has also moved into the mobile gaming market, and has released an ever-growing number of titles that are fully compatible with a range of handheld devices and exciting to play. 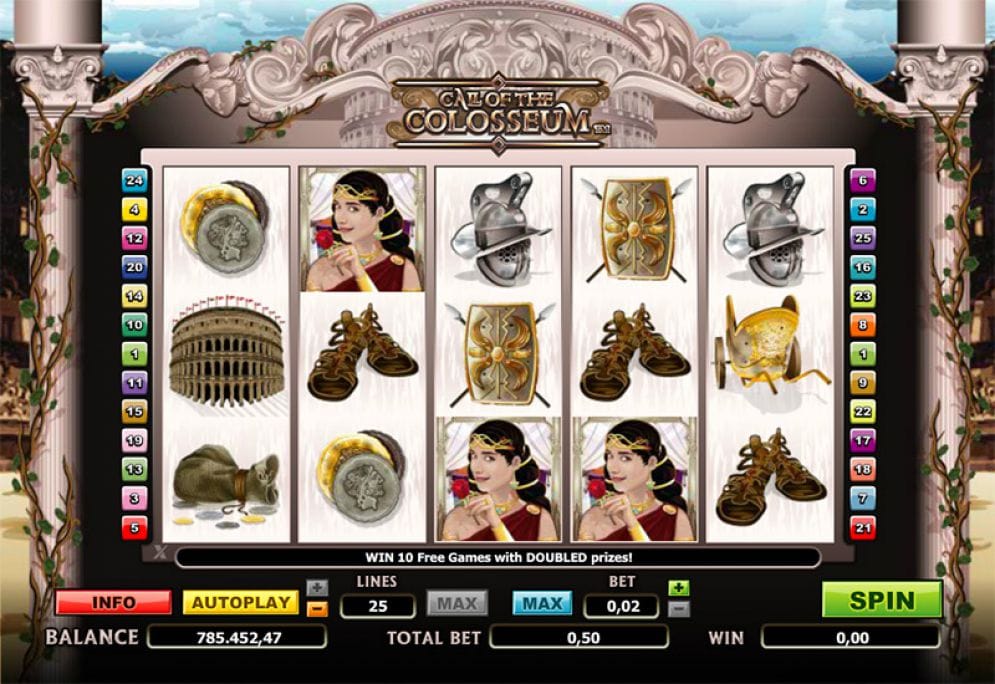 About Call of the Colosseum

Slots Racer is the only place to play the best deposit by mobile slots in the UK. The number of adjustable pay lines available in Call of the Colosseum is great news for players who are not ready to bet big. The bet size of this game ranges between $0.01 and $25 per pay line.

Players can comfortably adjust their bets to ensure they stake an amount they are comfortable with. The symbols on the reels include the Emperor who is featured in the front and center and also acts as the game’s wild. The other symbols are the beasts, fighters, roman sandals, gladiator equipment grapes, coin bags, and a fair lady.

The fair lady is the highest paying symbol in the game, with potential pay outs of up to 5,000 coins for 5 symbols of a kind. As for the wild, the Emperor substitutes all other symbols apart from the scatter in a winning combination, where the scatter activates the lucrative free bonus round. There is nothing unusual when it comes to the pay lines as the scatter wins pay any while all the other wins pay left to right.

Just like most of the other slots, the Call of the Colosseum slot game features an Auto play button that allows the player to automatically play the game without clicking on the Play non-stop. As a player, make sure you adjust your bets, spin the reels, and learn the fate of the gladiator then the Emperor will reveal it soon enough. As a result of the animated symbols, this slot is much more modern with a solid payout, a cool and simple bonus feature, and generally easy to play. 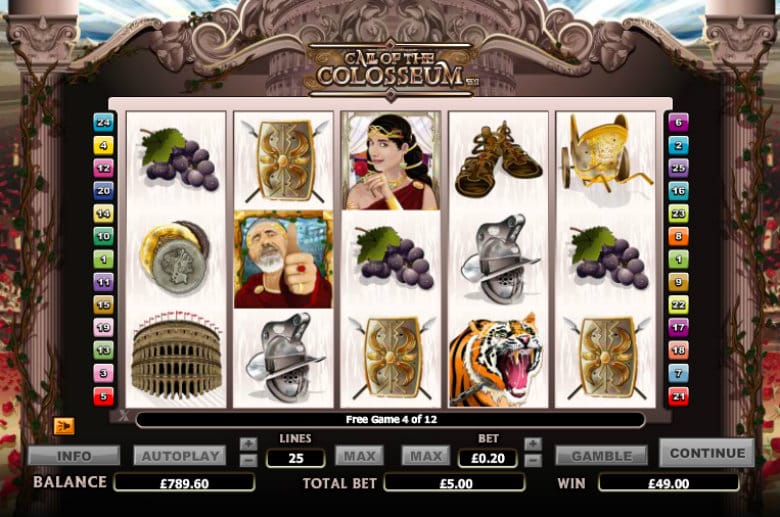 Bonus Features in Call of the Colosseum Slot Game

Call of the Colosseum is one of the best online slots to play and what’s amazing is that it is now playable on Slots Racer. The game has amazing bonus features that include; 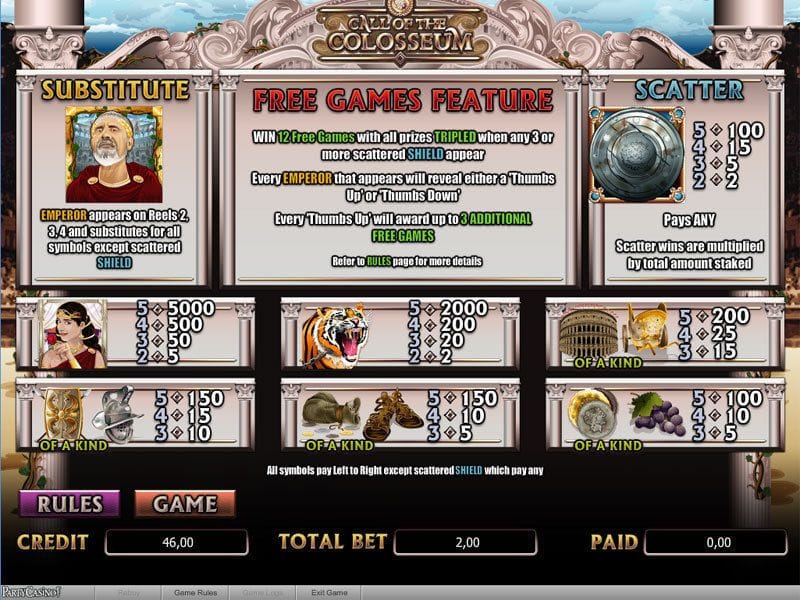 The Verdict on Call of the Colosseum

Call of the Colosseum is a favourite among fans of the best online slots on Slots Racer. The fun free spin feature available in Call of the Colosseum mobile slot makes it stand out from the rest of the other top online slots. It is quite simple visually but it still has excellent graphics and animated symbols that make the gaming experience worth your while.

Call of the Colosseum has a cool soundtrack, amazing 3D effects, its generous payouts, and the provision to play the slot on mobile phones makes it really appealing to most players. For mobile slots, check out the Burning Desire slot.