The Fluffy video slots seems to keep on presenting some of the best online slots we’ve played, so every time we’re presented with another we’re excited. While Fluffy Favourites Instant wasn’t our favourite due to the scratch card style, it’s back to a more traditional slot in Fluffy Too Jackpot and it does not disappoint.

The Fluffy series has proven to be one of the best slots online franchises in the world, as the saga includes real top games such as Fluffy in Space and now Fluffy Too Jackpot. Fluffy Too was in fact the sequel to the most famous game of the series, Fluffy Favourites, and now we’re able to play Fluffy Too Jackpot, which is essentially the same game with a more potent jackpot on the cards.

The RTP of Fluffy Too Jackpot is a little lower than average, coming in at 95.3%, but this is partially down to the fact that it continues the saga’s theme of being medium-high volatility. This means that although it may take a minute to win, when that win comes it does have the potential to be a big one.

It’s a traditional five reels by three rows set up, full of cute cartoon characters and set up against a bright pink, seaside background that is… eye-catching to say the least. If you’re into the bright cartoon aesthetic of the Fluffy Favourites slot franchise, this new hit ranks as one of the best slots within it. You can play it across all devices: mobile, tablet, desktop computer etc. at the best slots sites, including Slots Racer. Sign up today to review our slots promotions.

EyeCon Games - the Developers of Fluffy Too Jackpot

It seems that a large proportion of the best slots coming up on our radar recently are developed by Australian powerhouses Eyecon, and with good reason. Famous for their cartoon-like, often cute graphics, funky soundtracks and generous winning potential, the Brisbane-based team have really established themselves as one of the best online slot game manufacturers in the world.

Formed in 1997, Eyecon spent a couple of years producing normal video games, and then in 1999 found their true calling in the world of online casinos. Since then, they simply have not looked back, and have gone on to produce some of the best online slots on the market like the following fluffy slots: 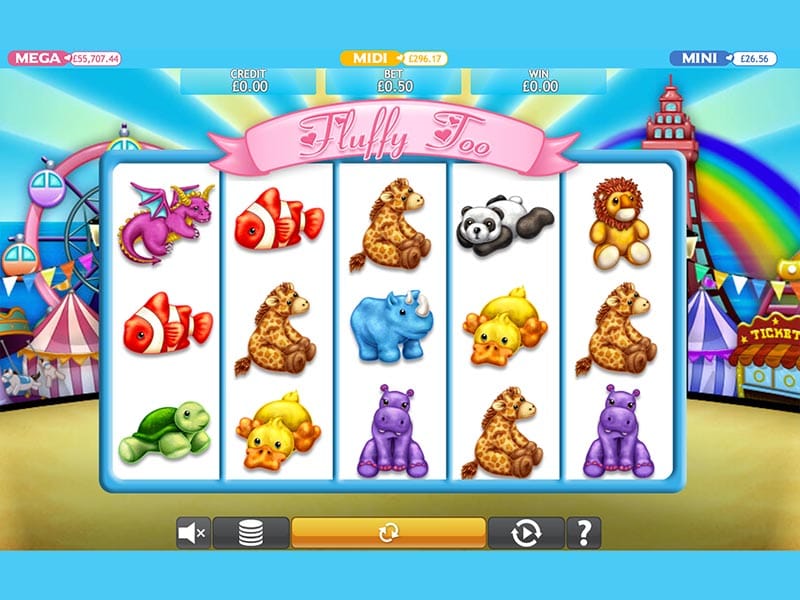 Just like its predecessors, Fluffy Too Jackpot is set out across a 5x3 reel setup and is a slots pay by phone bill casino game.

With a number of themed symbols available worth a variety of different values, including goldfish, ducks, rhinos, giraffes, lions, tortoises, pandas, gorillas, and a pink dragon, there really is a big range of money to be won here. The most valuable symbol, however, is the purple hippo, worth a whopping 5000 coins if you land all five on the reels.

Instead of the fairground backdrop of Fluffy Favourites, Fluffy Too and now Fluffy Too Jackpot will take you to the seaside. We actually slightly preferred this look so going off aesthetics this new slot just about pips it. 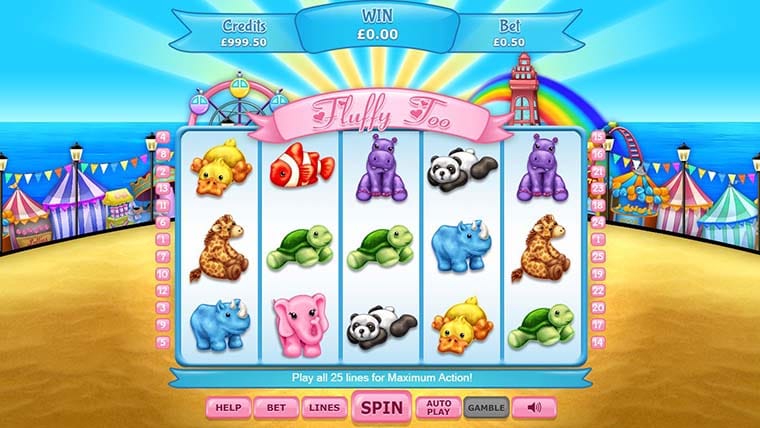 As is with the rest of the Fluffy saga, there aren’t a whole tonne of bonus features. Because of the winnings available, this doesn’t do much to take away from the fact that is one of the best online slots franchises in the world, but if there was one thing we could ask Eyecon to change it would be to get a couple of bonus games in there - but maybe that’s just us pushing our luck.

You can, however, win a generous portion of free spins in Fluffy Too slot. To do this, simply land three or more pink elephants. The maximum amount of free spins to be won here is 25, and you can achieve this by landing all five pink elephants across the reels. The cool thing about the free spins is that any win is instantly tripled - again, another generous reward that we’ve become used to with top slots developers Eyecon.

There is one bonus feature in Fluffy Too Jackpot that you can’t get in Fluffy Favourites, and that is the coin pusher feature. Land three or more scatters and you’ll be taken to a bonus game that resembles the toppling 2p coin game you can play at the arcade. Choose from a variety of options to win a prize that could be as high as 100x your stake! 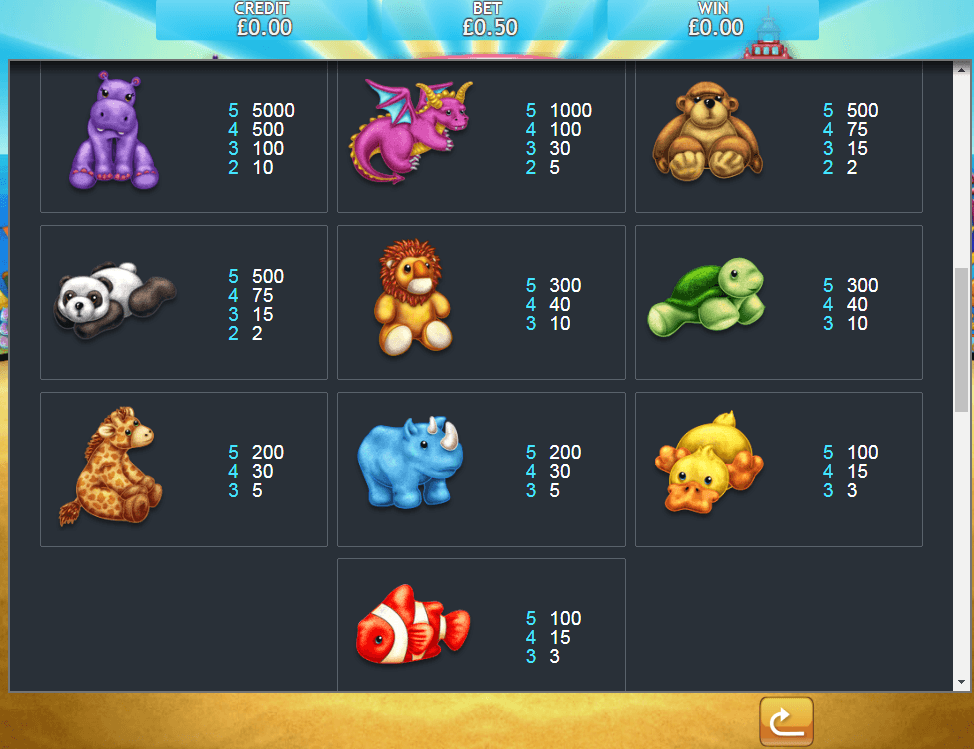 Another fine hit in an ever-increasing list of the best online slots games that the Fluffy saga is turning into, Eyecon have come through with another banger. Play it at the best slots sites today, namely Slots Racer where you can find more exciting Fluffy slots, like the Fluffy in Space slot.