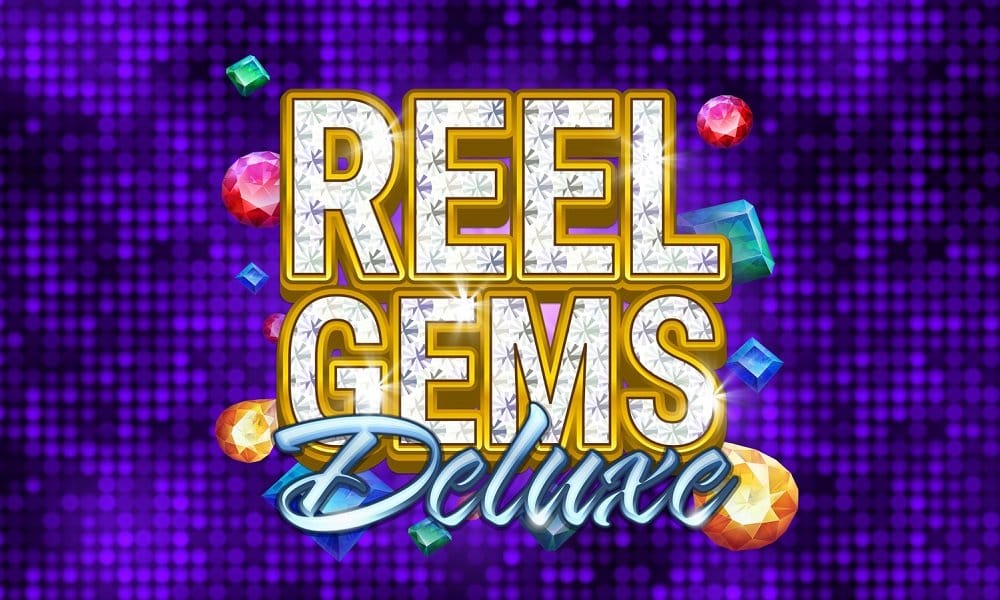 Reel Gems Deluxe Microgaming’s attempt to inject hormones into Reel Gems, giving you an upgraded slot that packs a hefty punch here at SlotsRacer.com. With upgraded graphics and some excellent new features, fans of the original will find this so addictive, and Reel Gems virgins will have some fun here too.

We’re going to talk about the demo slots developers, how to play, those cool bonus features we mentioned, and how highly we’d rate it. Stay tuned.

Microgaming are a group of developers that are pushing the limits of casino games gambling with everything that they do. They were responsible for the first true online casino software in 1994, and the first mobile casino technology in 2004.

Having dished out over a billion euros throughout their jackpot network, you should know that you’re playing slots online provided by a collective that are phenomenal at what they do. Reel Gems Deluxe was made by some amazing people. And we don’t use the word ‘amazing’ often.

Microgaming are the guys that brought you games like Book of Oz and Immortal Romance. Some like their branded free slots that adopt a popular influence, like Jurassic World or Game of Thrones. You’ll love Microgaming’s slots if you’re a TV or blockbuster fan.

Priding ourselves on being one of the best slot sites, you’ll see Microgaming’s excellent slots all over our website. 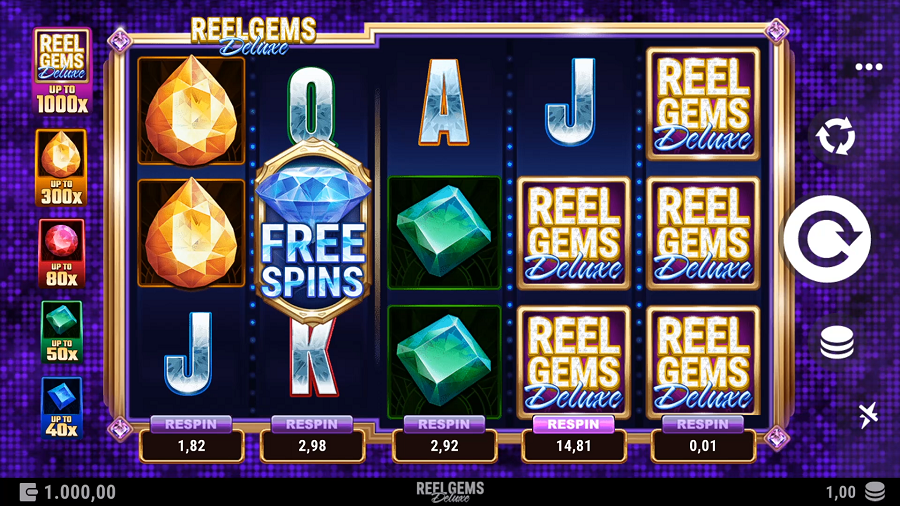 Visually, Reel Gems Deluxe is not the most satisfying slot. There is a consistent theme, that of gemstones. It’s quite dark coloured slot, purple and a deep blue the most present colours.

Reel Gems Deluxe has 5x3 reels, serving you with 20 paylines. The symbols are as follows: yellow, red, green, and blue goes for those of high value; J, Q, K, and A playing cards are low value. The game’s logo is the wild.

With a nice RTP of 96.39%, combined with high variance gameplay, Reel Gems Deluxe is often action packed all of your playing time. The coins range from 20p to £100, and it makes it suitable heavier rollers but also your everyday Joe.

Reel Gems Deluxe’s maximum winnings are 1000x your stake, or £100,000 cash, and this is for a single spin. For a high volatility slot you may not find this high enough, but in all honesty, who wouldn’t want to win 6 figures in a slot game? 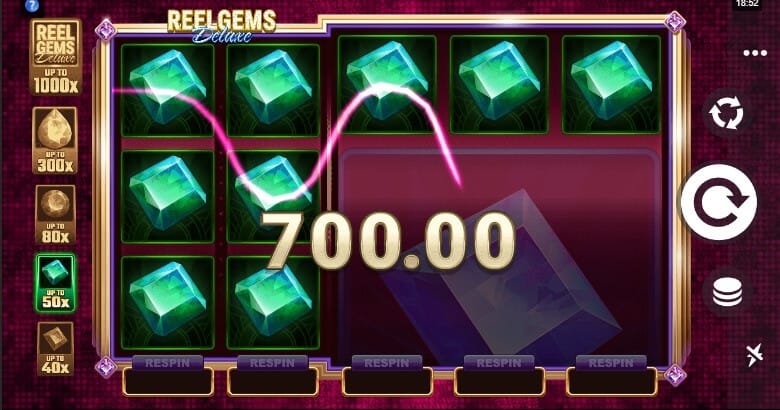 Reel Gems Deluxe has some exciting special features. Firstly, you’ll like to become familiar with the game’s logo, as it is the wild symbol. This means it can substitute itself for any standard symbol to take the place of symbols required to form a winning combination. It makes wins that would have otherwise been impossible.

Secondly, Reel Gems Deluxe has a Free Spins feature. Land 3-5 of the diamond and you’ll be rewarded with 5-10 free spins, dependent on how many you landed. The blue gem will appear stacked on reels 1 and 2 with a giant wild and a retrigger symbol on the other reels.

Land an unobstructed retrigger symbol then the next gem will be stacked, and you’ll be awarded the same number of spins as that which triggered the feature. Spins can actually be retriggered endlessly.

Lastly, Reel Gems Deluxe has a cool Radiant Spin feature. This occurs randomly during the base game, and as a result, symbols from the trail will now be stacked on reels 1 and 2, and a giant wild will also be added to other reels. 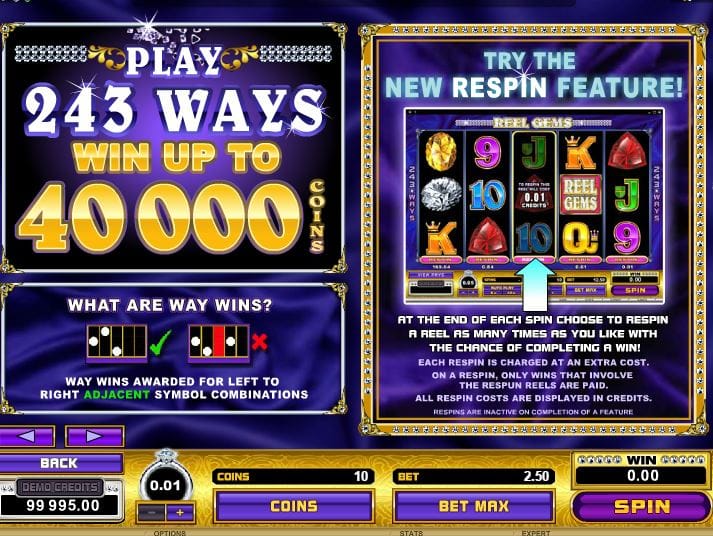 Reel Gems Deluxe is somewhat of an upgrade from Reel Gems. There are improved graphics, and the trail of wilds is certainly an excellent addition. However, when compared to most modern slots, it would be an overstatement to say its superior.

We are definitely not saying it’s a boring slot, and we think you’ll have some fun here, but it’s just that – a fun slot. But not an industry leading one, so if you want something better, we recommend the Pirate Gold Deluxe slot.