Yet again another video slots casino bingo combination, Slingo Extreme takes your whole gaming experience up a notch. There are many slingo titles developed by one and only Slingo Originals, but Slingo Extreme brings a whole new vibe. One of the best online slots with a bingo feature, the card numbers and slot grid are a true delight.

Coupled with the fun-evoking red background, slot players would find it quite appealing playing this new online slots game. In terms of features, the Joker and Super Joker would help you rack up some spins accordingly. In the Joker Bonus feature, at least 3 Jokers or Super Jokers landing together would award some cool instant cash prize.

The Gold Coin feature will offer you a cash prize when you land a pot of gold coins on the grid. The Free Spins will award up to 8 free spins to you as well. You play on 5 reels and 5 rows.

In the next paragraphs, Slots Racer, one of the best slot sites in the industry, offers you more details. So sign up and deposit today to play slot games!

Slingo, the pioneers of the fast-growing slingo casino games, is the brain behind Slingo Extreme.

Slingo Originals has been able to sustain its growth in a competitively innovative manner prominently because of Gaming Realms. Gaming Realms is the company’s parent outfit, and is a gambling entertainment giant in Europe. With headquarters in London, UK, Slingo Originals adopts the highest possible standards of software development and testing practices.

Slingo originals is synonymous with slingo as it developed the first Slingo game in 1995, a year after incorporation. This is no little feat as it has charted the company on a path of outstanding greatness in a competition-laden industry.

Such compliance with all industry standards has significantly contributed to the overall performance of the company in recent times. This is manifestly exemplified in the licenses held by the company, such as the UK, Malta, and New Jersey.

This also comes from the awards won by the company for its stellar impacts on the industry. Now, their trademark slingo is widely recognized as taking over the industry by storm.

We list some of the best pay by phone bill slots to play from Slingo Originals below:

At Slots Racer, you’d play the foregoing games and more from Slingo Originals. 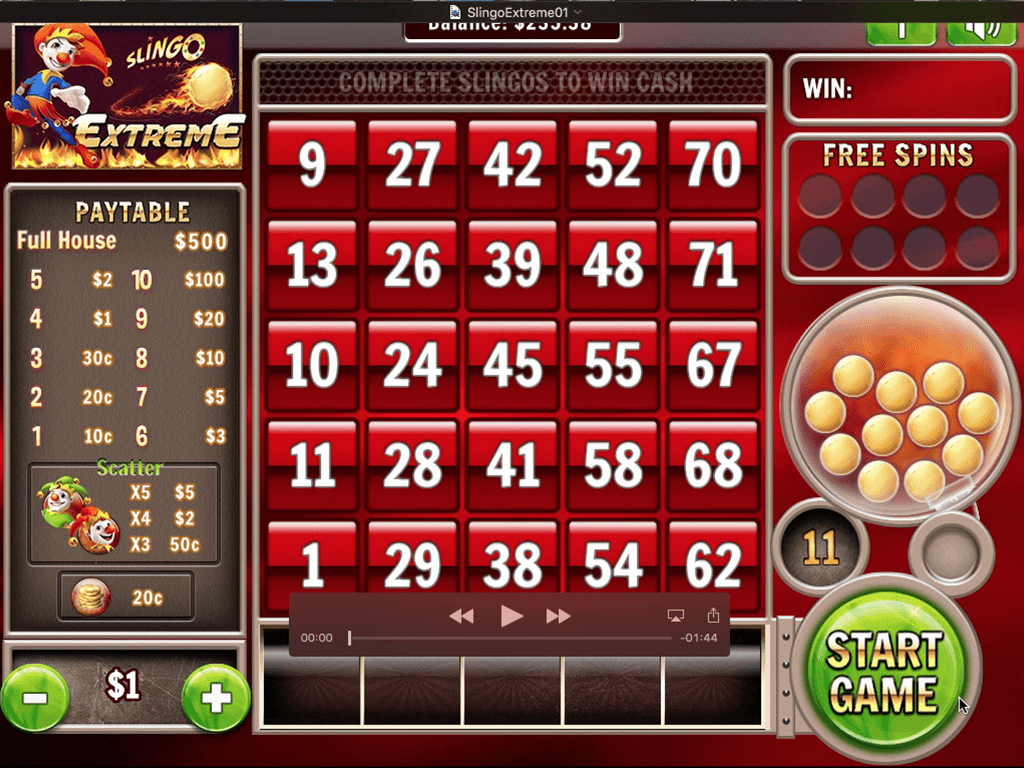 The 5 reels and 5 rows will reveal 25 numbers on the grid with values between 1 and 75. And it’s your task to spin for some numbers to be taken off the grid if they correspond with another. There are 11 spins for you to get slingo and take home the available prizes.

You get slingo by taking 5 numbers appearing in a row off the grid, which can be vertical, diagonal, or horizontal. For every slingo you get, you take a step higher on the table and win the prize attached to it. The full house of 500 times our stake is awarded when you land 12 slingos.

The scatter symbol awards a multiplier of 3x, 4x or 5x when you land 3, 4, or 5 together. Feature wise, the Joker and Super Joker would help you create some wins accordingly. In the Joker Bonus feature, at least 3 Jokers or Super Jokers landing together would award some cool instant cash prize.

Getting a pot of gold coins on the grid will award you a cash prize in the Gold Coin feature. The stake for each spins is between 50 pennies and 100 pounds.

More of the gameplay will be available to you when you play on Slots Racer. 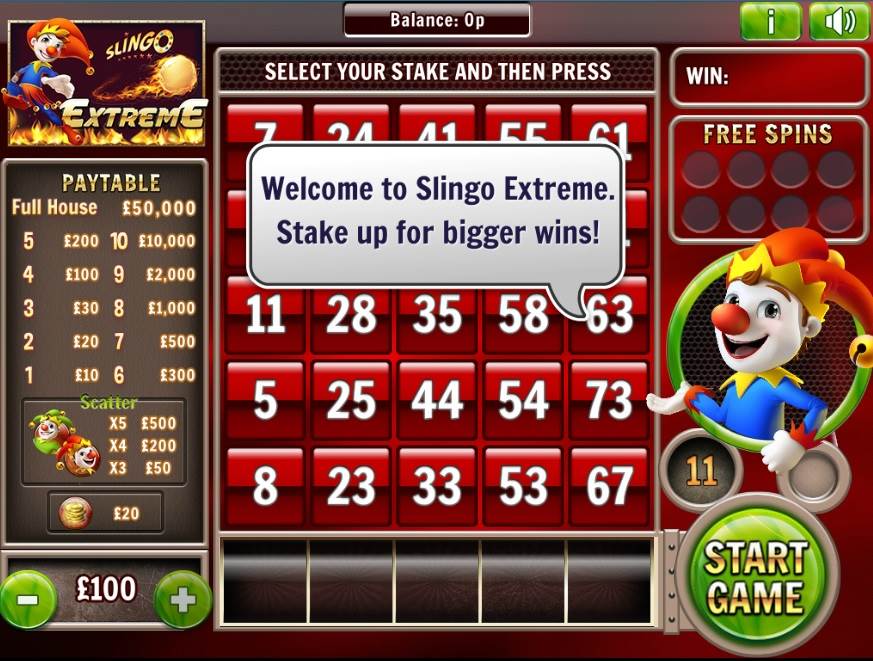 The following features are performed by symbols:

You’re rewarded with an instant prize when you get 3 or more Joker or Super Joker symbols within a spin.

A cash prize is also offered to you for getting a pot of gold coins on the grid.

You could get the above prizes and even the Slingo when you play on Slots Racer and win massively. 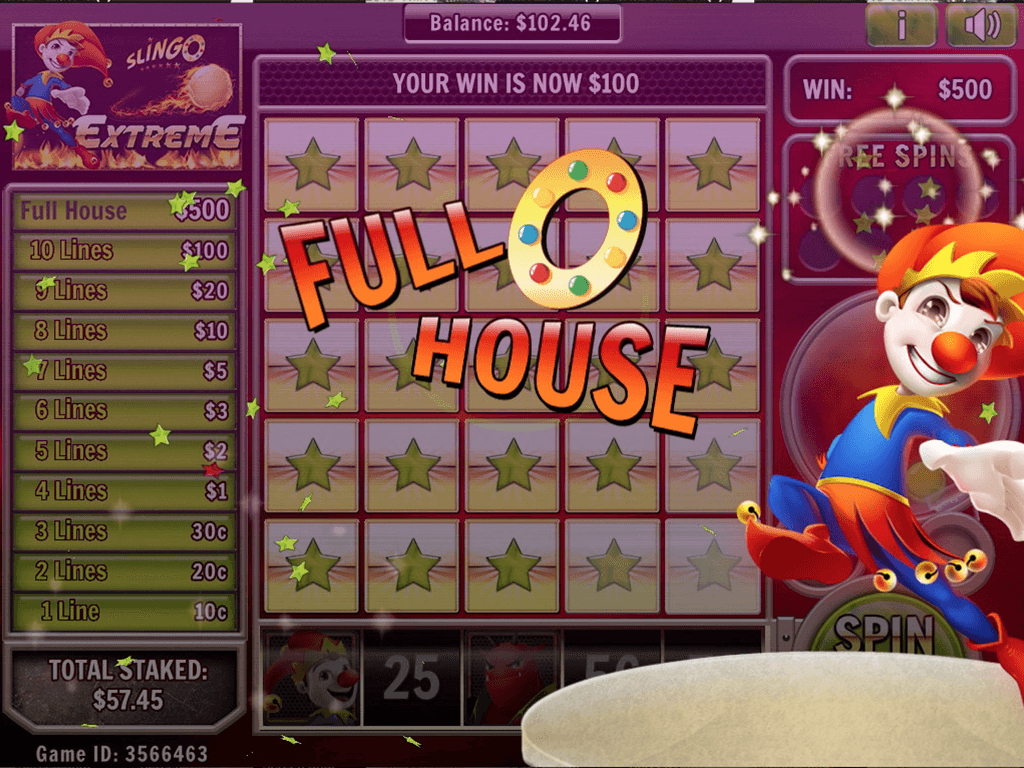 Slingo Extreme is deserving of attention becomes it takes your slingo quest to a whole new level. The consistent prizes offered to you would gradually fatten your bankroll even before you call the full house.

Thus, you should play the game on Slots Racer today and get a wind of the prizes, or try some of our other slots, like the amazing Rise of Spartans slot.